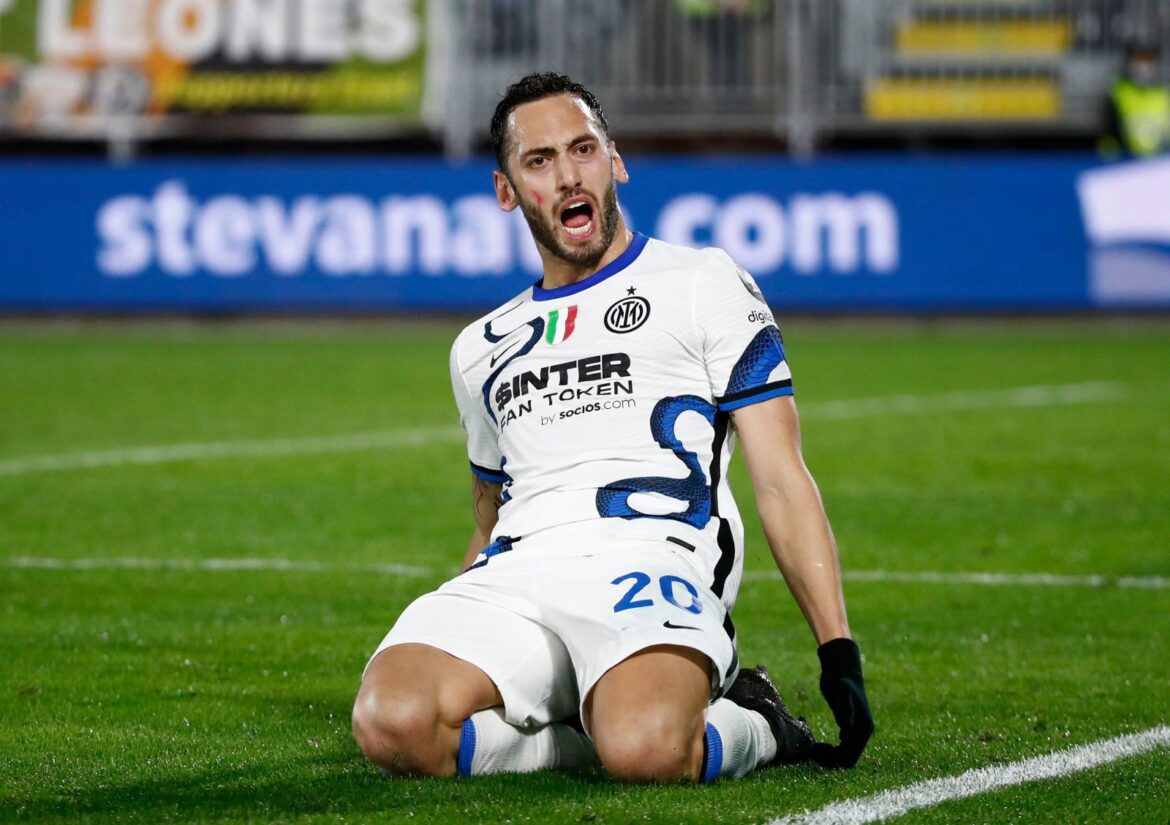 Inter seal an important win at Stadio Pierluigi Penzo in Venezia. The Nerazzurri close the gap with the league leaders with a 2-0 win. Coming with a 2-0 win over Shakhtar, Inzaghi decided to go with a similar lineup. He gave rest to Lautaro and gave Correa a start. Also, he benched Ranocchia and brought Dimarco in. While Bastoni operated in the center of the back 3 for the first time. This move worked well as Dimarco had a great game. He created the most number of chances in the match (6) by coming forward and giving accurate balls into the box. Also, the Italian was brilliant with his corners.

Inter dominated possession as Venezia were deep in their half and did not put much pressure on the Nerazzurri players. Calhanoglu had a chance in the 18th minute as he won a free-kick outside the box. But his effort sailed over the crossbar as it did not dip enough. But in the 34th minute, after prolonged possession, Calhanoglu scored the opener. Caldara got the ball off Barella but the ball went to Turkish midfielder’s path who picked his spot from outside the box. The 27-year old has scored in 3 Serie A games in a row for the first time in his career. Also, only Lionel Messi has more outside the box goals than Calhanoglu since 2013/14.

In the 2nd half, Venezia started well and had a couple of good chances but could not give much trouble to Handanovic. Inzaghi decided to make early substitutions as he took Correa and Calhanoglu off for Lautaro and Vecino. Skriniar had a great chance from a corner but his header got cleared off the line by Haps. Romero made a good save when Dzeko was looking to score from Vecino’s deep cross.

Inzaghi then brought Dumfries, D’Ambrosio, and Gagliardini in to ensure that Inter kept a clean sheet. In the last minute of stoppage time, Inter won a penalty. Lautaro’s shot was saved by Romero but he managed to get another shot which got the hand of Haps. The Argentine scored the penalty by sending Romero the wrong way and gave Inter a 2-0 win.