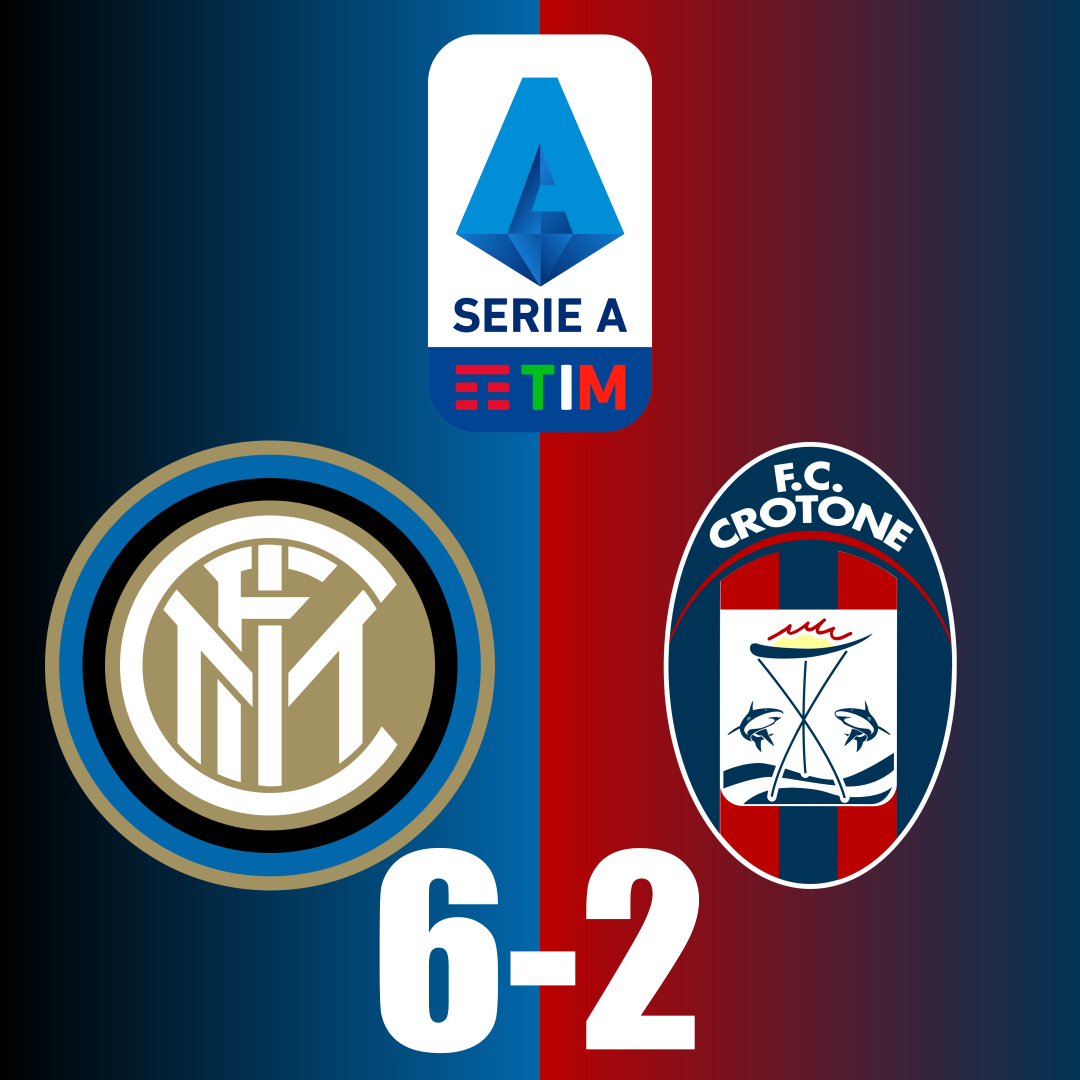 Inter thrash Crotone 6-2 at the San Siro in what was an emphatic comeback after the break. The Nerazzurri looked like they wanted to dominate the game from the word go. But, a stupid marking mistake by Vidal left Crotone with the lead from a corner. Inter were quick to respond through Lautaro Martinez in the 19th minute. Then an own goal which was the work of Barella and Lautaro went in to give Inter the lead. A stupid Vidal tackle in the box handed Crotone a penalty and they equalized. Vidal has developed the tendency to make unnecessary tackles every now and then. Also, this isn’t the first time that Vidal has given away a penalty or cost the Nerazzurri in general. The Chilean midfielder most certainly looks like a burden more than a contributor on the field.

Inter went into the half time break with the score level. The Nerazzurri must be asking themselves how they shipped two goals in a match where they should be easily cruising. Conte’s men often come out roaring in the second half and this time, they did just that. Lautaro completed his hattrick as Lukaku and Hakimi got one each. Inter looked like a complete unit once Sensi replaced Vidal in the half time. Antonio Conte must learn a lesson when it comes to Vidal. Also, Ashley Young gave away too much defensively, which was fixed when Darmian came on for him.

By the time the match entered its final phase, Inter were looking like a well-oiled machine. Unfortunately, Lukaku had to be taken off due to a niggle in his right knee.

As Inter thrash Crotone 6-2, Antonio Conte has equalled Jose Mourinho’s record of 8 wins on the trot. The Nerazzurri manager who came across such harsh criticism for a slow start deserves applause for turning around his team’s season. Inter have been on Milan’s back consistently as both the Milanese clubs head into a cluster of difficult fixtures. Inter have their squad pretty much sorted as they prepare to take on the heavyweights in the coming weeks. The Nerazzurri might be shipping too many goals but they’ve also been the highest-scoring outfit.