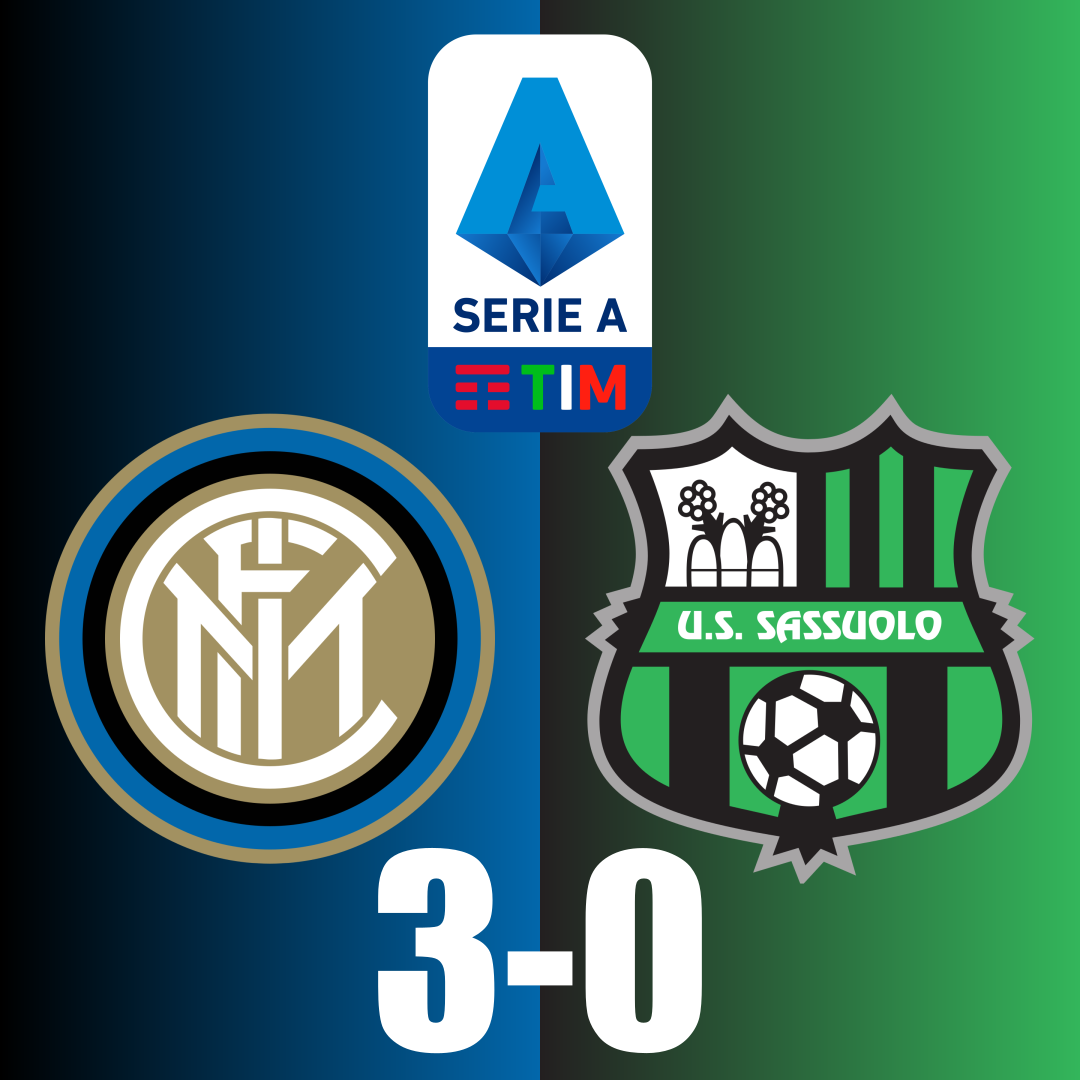 Inter thrash Sassuolo 3-0 in what was supposed to be a tough game for the Nerazzurri. Antonio Conte came in this game with a thorough study of Sassuolo’s system. Moreover, Inter knew exactly what they had to do in the game. Lautaro Martinez set up a brilliant goal for Alexis Sanchez in the 4th minute itself. After which Vidal got lucky and doubled Inter’s tally with a Sassuolo own goal in the 14th minute.

After Inter’s second goal, Sassuolo were pretty much done. A few unsuccessful chances followed for the Neroverdi in the first half. Conte certainly picked the right team for the right game. The inclusions of Matteo Darmian and Alexis Sanchez paid off big time. Also, Conte fielded his best back-three against a high scoring Sassuolo. Although Inter love to play with possession, they played a quick buildup game this time. This enabled them to catch the Sassuolo defence which plays a high line off-guard.

Conte’s trust in Gagliardini proved to be on point in this game. The 26-year-old not only scored an amazing goal in the 60th minute but also created a few beautiful chances for others. Vidal certainly looked more composed than his last outing for the team.

As Inter thrash Sassuolo 3-0, Conte has made a point. The former Italy manager wants to stay at Inter for a long time. Furthermore, the management claims to be building a long term project around him. The most important fact among these is that Conte has managed to make his team perform against an in-form side, away from home. Also, this is the same team that got dismantled by a weak Real Madrid side on Wednesday. The team looked in complete sync today with no players moaning on each other. If Conte can bring these changes in a couple of days, then he can certainly win the Scudetto. Is it too early to praise Conte? Maybe yes but does he deserve the appreciation? He certainly deserves it for today’s game. Hopefully, Inter’s back to back wins in the Serie A can set the ball rolling for an unforgettable campaign.