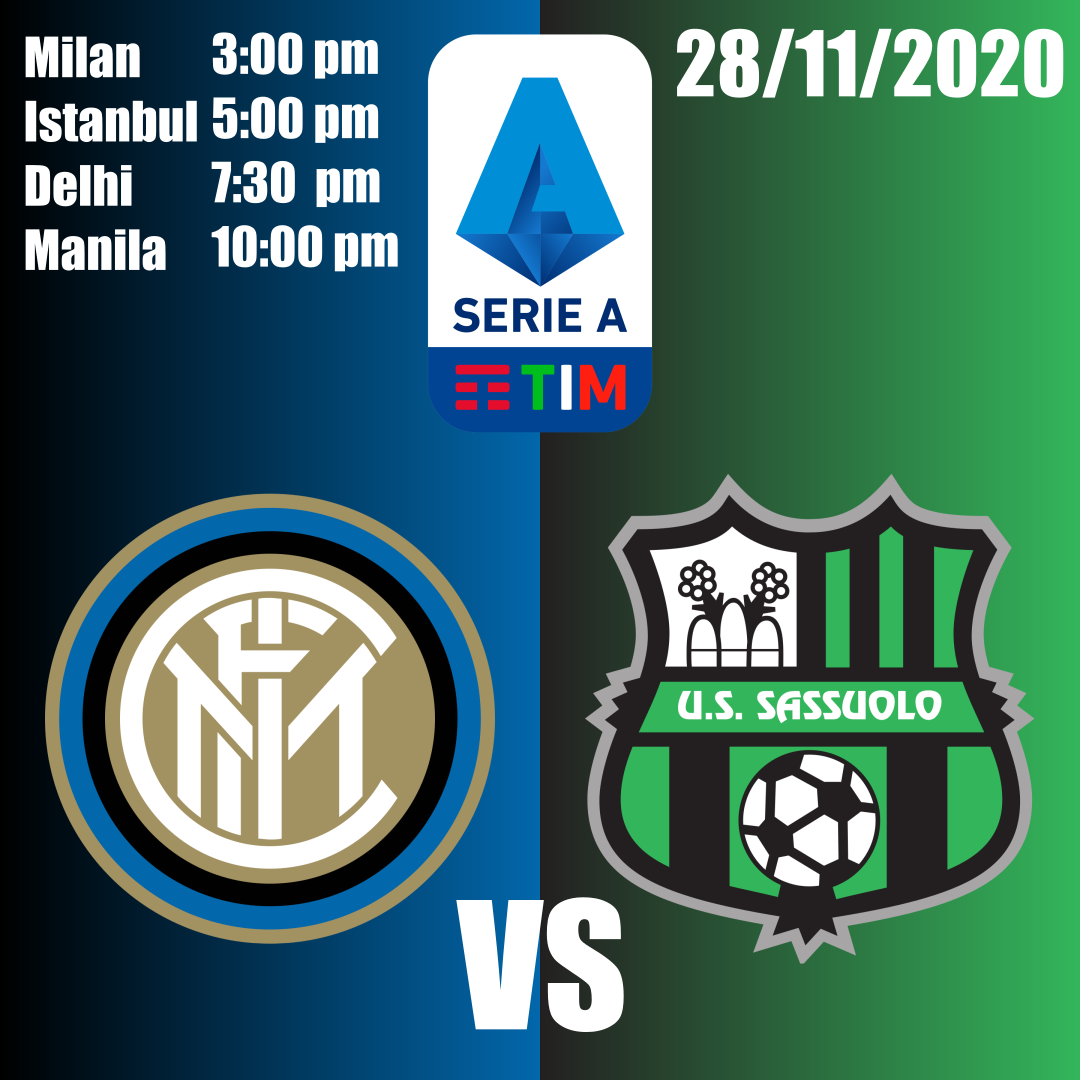 Sassuolo vs Inter 20/21 game will most certainly decide Conte’s relationship with Inter fans if not the management. While the Nerazzurri have been struggling to find their feet this season, Sassuolo are in prime form. Winning 5 out of 8 games so far and losing none, the Neroverdi club sit second in the table. Although Inter have lost just 1 game so far, wins have been hard to come by. Also, with the club virtually out of the Champions League, Conte is against the wall.

The Inter management are clear about building a long term project around Conte. But, he’ll certainly want the fans to love him too and that doesn’t come easy from here.

When Sassuolo and Inter lock horns, it will be about who gets to keep the ball. Both clubs play a possession dominant and quick build-up system while attacking. Conte’s side must be wary of how good Sassuolo are at tearing open a weak defence like his. Reports suggest that Conte is trying a back-four in training. It will be interesting if the former Juve manager fields a back-four on Saturday. Furthermore, the Nerazzurri struggle the most without possession. De Zerbi certainly took notes when Inter played Real Madrid at home. A man who’s often on the list to succeed Conte at Inter will be keen to take all three points. On the other hand, Conte has the chance to end Sassuolo’s unbeaten run.

Sassuolo vs Inter 20/21, things that Inter must avoid

Inter started the season by often failing to score in the first half. As the season has progressed, the Nerazzurri have developed a habit of trailing by the end of the first half. Yes, they’ve made some incredible comebacks this season but it will not happen all the time. In the Sassuolo vs Inter 20/21 game, the Nerazzurri need to score first and lead for having a shot at winning. It’s a long shot for Inter to dominate the proceedings at Mapei Stadium tonight. But Conte’s men won’t get a better chance to get their campaign back on track.