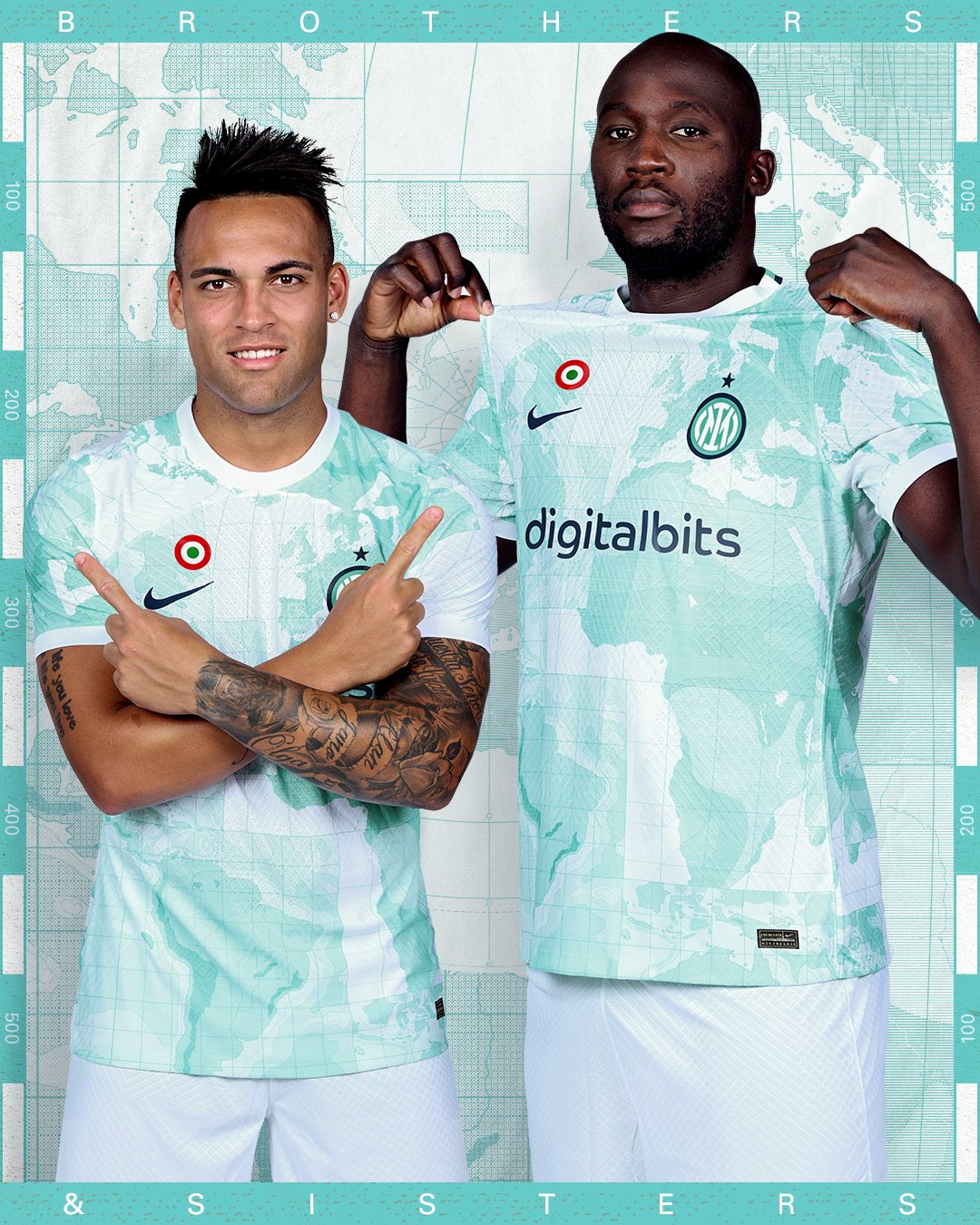 Inter Milan unveil their new away kit ahead of the 2022/23 season. The Nerazzurri start their new season this Sunday and will face the newly promoted side, Lecce. So they have launched the new jersey that they will wear on their first match-day. Nike have done fine work on Inter’s jersey as you can see a world map on the jersey. This represents that Inter Milan have fans all over the world in a subtle and classy way.

At one glance, one would think that the blue design on the jersey is some abstract pattern. But after a closer look, you can notice that it represents a world map. The thought and design of the new jersey are impeccable. Hence, Inter have launched the jersey along with the slogan brothers and sisters of the world. The Nerazzurri are known for their ideologies that players from all over the world are welcome at the club, and not just Italian. Hence, the name Internazionale, going strong since 1908.

Inter unveil new away kit for the upcoming season

The Nerazzurri badge which is usually in white and blue in the new logo now has a white and light blue shade that goes with the jersey color. The kit looks pleasing and soothing to the eyes, and fans are loving it. The jersey has a World map placed in a unique way that keeps the crest right above the city of Milan in Italy.

The fans will have to wait a little longer before they can wear the new jersey as it will not be available in shops till early September. Currently, Inter have gone with the sponsors Digital Bits, but they might take strict action. There has been an issue with the payment from the name sponsors. Inter could take Digital Bits’ name off the jersey if it does not resolve.