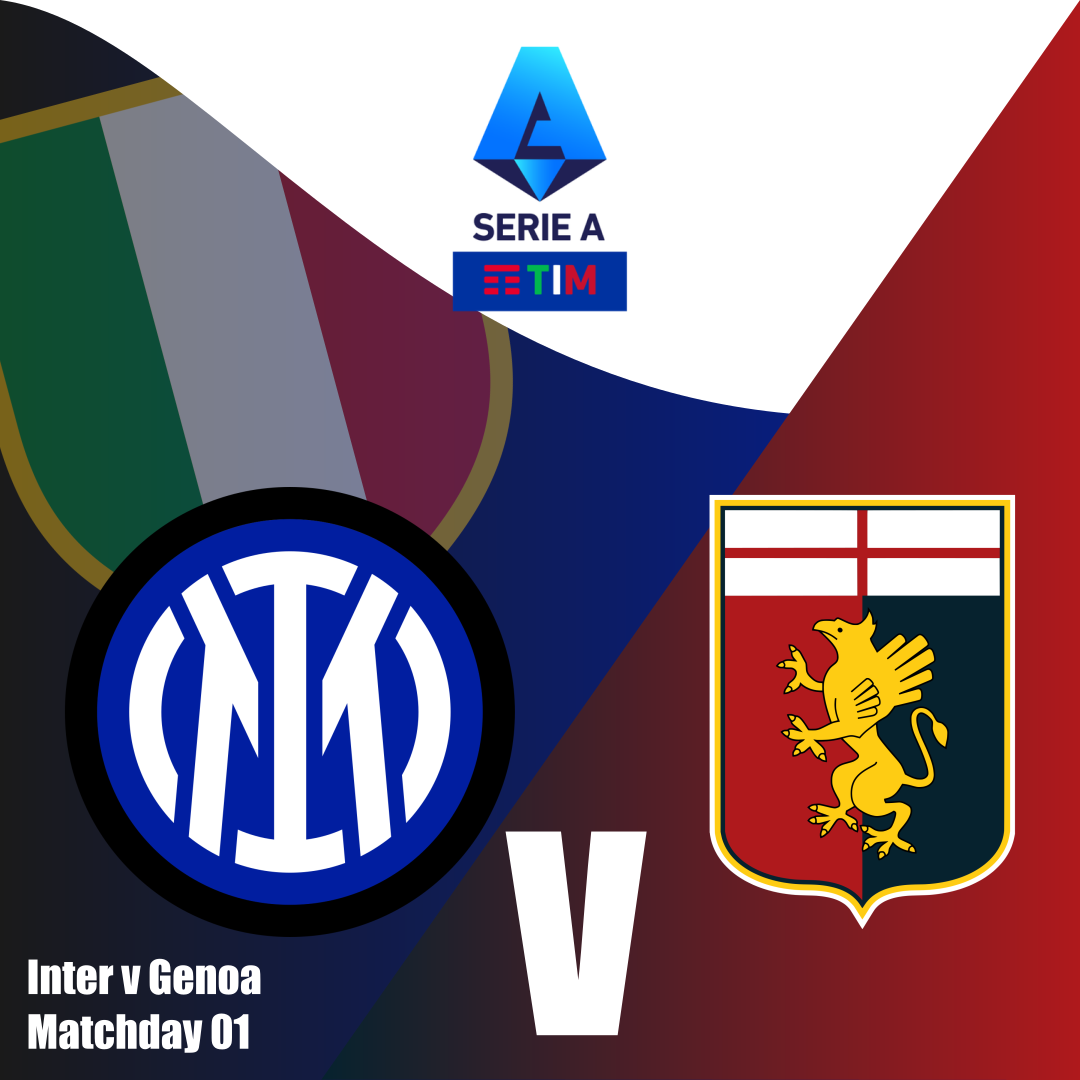 Inter vs Genoa 21/22 Serie A match will take place at the San Siro tomorrow. Simeone Inzaghi will like to start the season with a win. Inter Milan have had a rough summer after winning the Scudetto. After the departure of Antonio Conte and Romelu Lukaku, it does look from the outside that Inter will struggle this season. But Inzaghi has been able to pick up the squad and Inter have had positive results in pre-season. Players like him as well and he has been able to implement his system. They have also bought Edin Dzeko and Denzel Dumfries as Lukaku and Hakimi’s replacements. Also, they signed Hakan Calhanoglu as Eriksen might not be able to play for Inter.

Moreover, Inter have been able to keep their defense in their place as many European clubs were after Skriniar and De Vrij. They also have managed to keep Barella as many clubs were after him this summer. Since Lautaro Martinez is out due to suspension and injury, Edin Dzeko will lead the line for Inter. He will have Sensi or Satriano to support him while Calhanoglu will work behind them. The rest of the midfield and defense will be the same which will give Inzaghi some confidence as Inter have a solid backline. It will be interesting to see how Inzaghi manages to get the best out of the forward line as Genoa likes to sit back.

Inter start their 21/22 Serie A season vs Genoa

Genoa have sold their forward Eldor Shomurodov to AS Roma and did not buy any replacement. Stefano Sensi is fit for Inter and back to his best as he performed well in the pre-season games.

Inter would like to start the match strongly in front of their home crowd. They will be in the stadium after a long time.