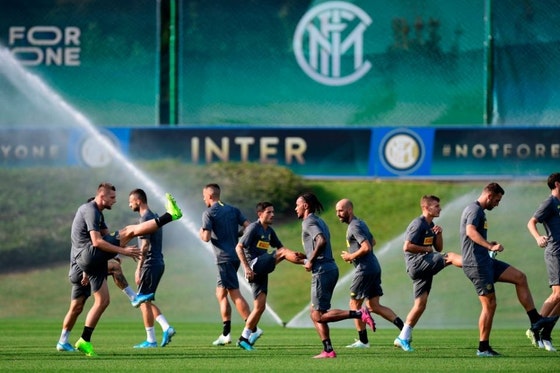 Inter’s overall squad report before the season opener does not look good. The Nerazzurri have few injuries in their squad and Inzaghi will have to find a solution. Lautaro Martinez was expected to lead the line after Romelu Lukaku’s departure. But he will not be able to start in their first game. Also, Inter Milan’s backup striker, Alexis Sanchez is still suffering from his injury. Inzaghi will also miss the services of Roberto Gagliardini in the midfield as he has a serious injury. Simeone Inzaghi already has a huge task in front of him as he will try to fill the shoes of Antonio Conte. The Italian also wants to defend the title as Inter have won the Scudetto after 11 years and they would want to keep it for some years now.

Lautaro Martinez is suspended for Inter’s first match against Genoa and he also has a small injury in his psoas muscle. This muscle helps to flex the hip and lift the leg. It also helps to rotate the leg outwards. But it does not look like a major injury and the club are confident that he will return for the game against Hellas Verona. So this indicates that the injury is not severe. Inzaghi would have gone with Dzeko and Sanchez for their first match but Sanchez is still suffering from his injury which he got in Copa America. The club hoped that he would recover from his calf injury but that is not the case. Inzaghi will have to use Pinamonti with Dzeko or he could play Perisic as a second striker.

Inzaghi has an injury in the midfield department as well. Roberto Gagliardini got an injury while training at the end of July. The Italian midfielder has a Medial Collateral Ligament strain and will be out for around 20-25 days. Inter will face Genoa on Saturday at the San Siro.