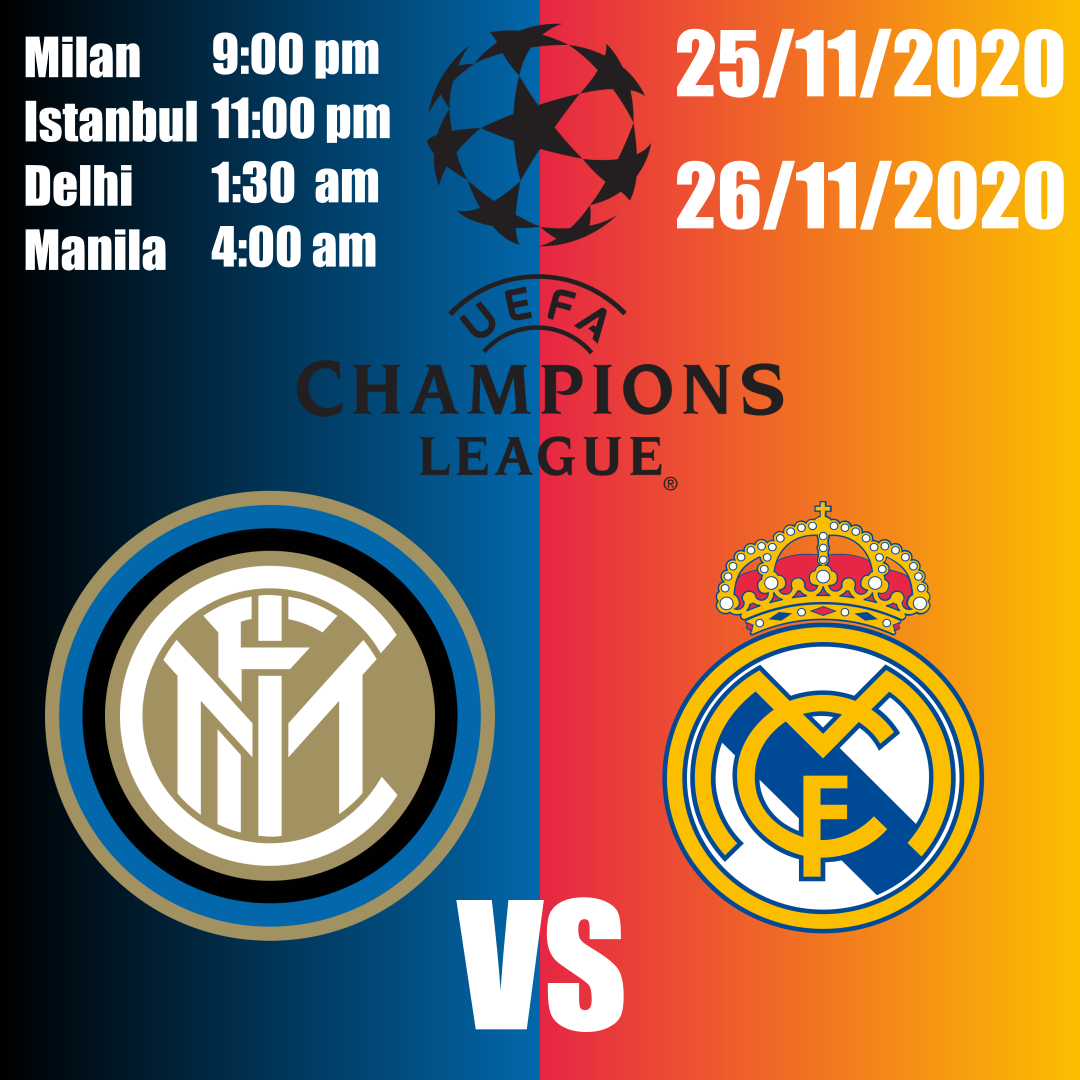 The Inter vs Real Madrid UCL game tonight will pretty much decide the shape of group B in the Champions League. The Nerazzurri are languishing at the bottom of the group, while Madrid sit third. In their last meeting, Real just managed to keep Inter from taking a point home. This time around, things are very different. Firstly, Inter are in prime form after an inspiring comeback against Torino on the weekend. Secondly, Real Madrid will come to the San Siro with a depleted squad due to injuries and COVID.

Furthermore, Antonio Conte saved the likes of Lautaro, Skriniar and de Vrij for this game. These players made the actual difference against Torino last week when they came on. This game becomes all the more important because of how the two clubs have played in the group stage so far. Inter haven’t won a game yet, while Madrid have drawn, lost and won in their games.

Shakhtar and Gladbach are playing as good as the bigwigs if not better. Inter must win their remaining games to qualify for the next round. Also, Antonio Conte will be keen to improve his abysmal record in the competition.

It’s no secret that the Nerazzurri fans are not at best terms with Conte. Him being a Juve product doesn’t go down well with a good chunk of Inter fans. But his astounding performance with the team last season has won him much deserved applauds. And a win in the Inter vs Real Madrid UCL game tonight can put Inter’s campaign and Conte’s image back on track. Conte wants to stay at the club for a long time unlike the popular belief that he’ll leave before next season. And if he really wants to stay, he must make his men perform a little better than they have this season so far.