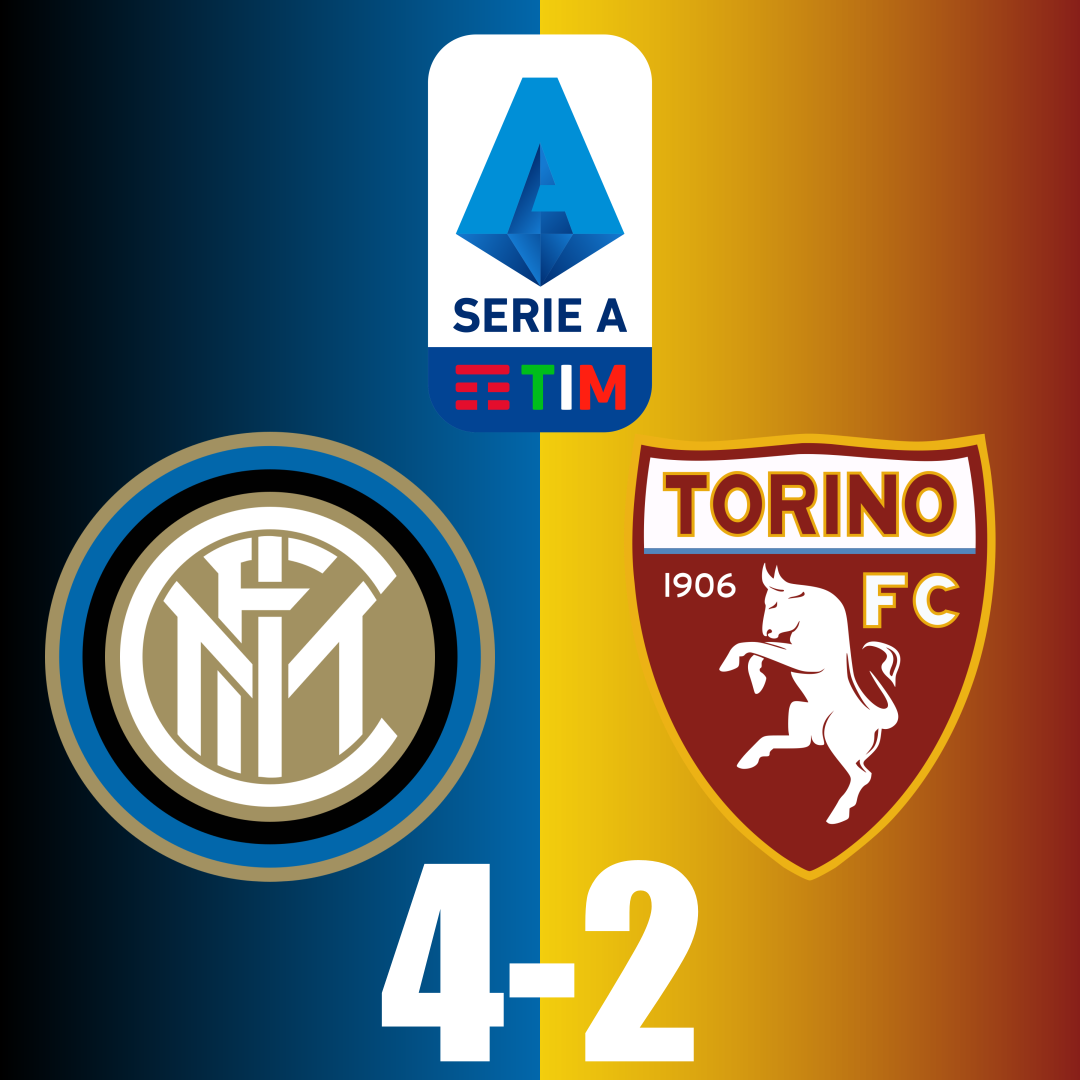 Inter beat Torino 4-2 in the final 30 minutes of the game. Inter’s matchday 8 game against Torino turned out to be a thriller. In the first half, Torino took the lead in the dying minutes to go 1-0 up. Inter started the game by resting a number of key players for the midweek fixture against Real Madrid. Moreover, the Nerazzurri came out with a weaker defence than usual. The defenders showed individual brilliance but clearly lacked understand amongst themselves. As has been the case this season, Inter were susceptible to counters and missed a few chances while attacking.

Antonio Conte’s much-awaited brilliance and the players’ experience came in handy in the second half. Inter came out with a very good knowledge of what they did wrong. While initially, the Nerazzurri took time to settle against a roaring Torino side, they did get a hold of the game after conceding a second goal. Inter pulled one back within 2 minutes of the penalty conceded by Ashley Young. Thus began the rampage which ended with inch-perfect substitutions by Antonio Conte and four goals by the Nerazzurri.

Inter’s performance is a testament that when at full strength, Inter can score at will. Also, the introduction of Skriniar and de Vrij made the defence look a lot more solid. It’s certain that Inter can make a strong bid for the Scudetto if they do things right.

One of the reasons for the Inter vs Torino game being so important is because Real Madrid are next. As Inter beat Torino 4-2, the defending Spanish champions must’ve watched the game very closely. Despite beating Inter in the last meeting and Inter languishing at the bottom of the Champions League table, Madrid are not the favourites. Inter are slowly finding their best lineup to play big games and their backups are pretty good too. Lately, stars like Sanchez, Lautaro, Lukaku and Vidal are all in top form. Furthermore, Madrid will be missing a good number of their players on Wednesday. Can Inter turn the tide in Champions League?