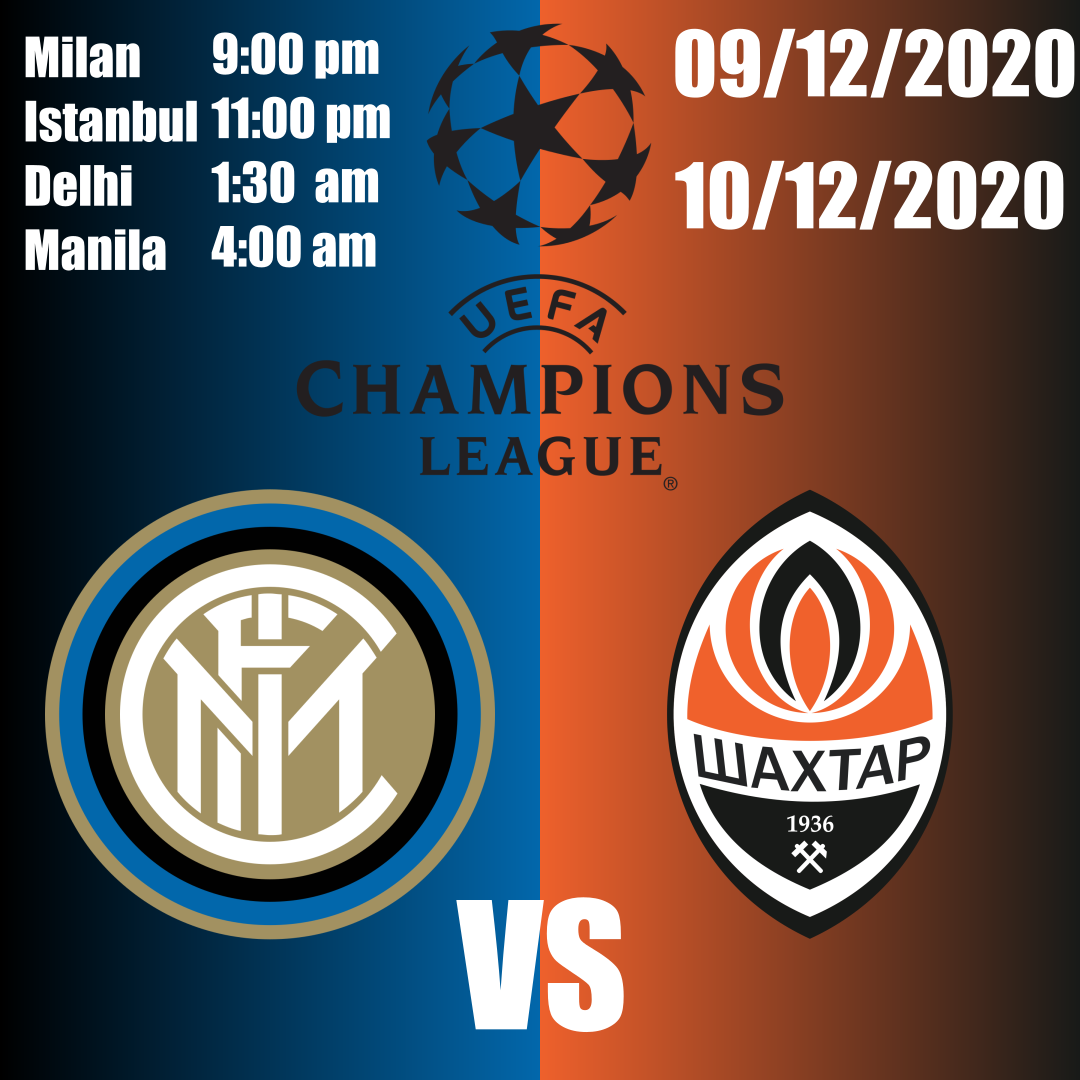 The Inter vs Shakhtar UCL game will be a virtual knockout for the Nerazzurri. Inter sit at the bottom of the group with 5 points from as many games. While Shakhtar sit second themselves, they’ll need a win to go through as well. Inter have taken ample time to find form in the Champions League. Thus, the Nerazzurri will have to depend on Real Madrid and Monchengladbach to not play a draw. If either of them wins and Inter beat Shakhtar, then Conte’s men will go through.

One of the major concerns for Inter will be the absence of Barella. The Italy international has been in prime form lately. And when he plays together with Gagliardini and Brozovic, they tend to bring the best from the team. Unfortunately, Vidal is out injured as well for the game if not longer. This leaves Conte with Eriksen and Sensi to play in that role. Sensi is supposedly not ready to start a game just yet and Eriksen is massively out of favour. While Conte can still start Eriksen, Inter have been terrible when they switch to 3-4-1-2 for the Danish midfielder. Another option for Antonio Conte will be to start Alexis Sanchez behind the strikers who’ll create a flurry of chances. But, this will leave the midfield and defence vulnerable.

Inter vs Shakhtar UCL game will be a test for Conte

Antonio Conte has found his rhythm in the last few games in the league. Inter look dominant and there’s little room for criticism. But the same squad looks nervous when they take the field in a Champions League game. This is something that goes hand in hand with Antonio Conte. The former Italy and Juve manager has been deprived of Europe’s best trophy forever as a manager.

Conte will be keen to change that against a Shakhtar side who just did a double on Real Madrid. The Inter vs Shakhtar UCL game will be Conte’s biggest test of the season so far.