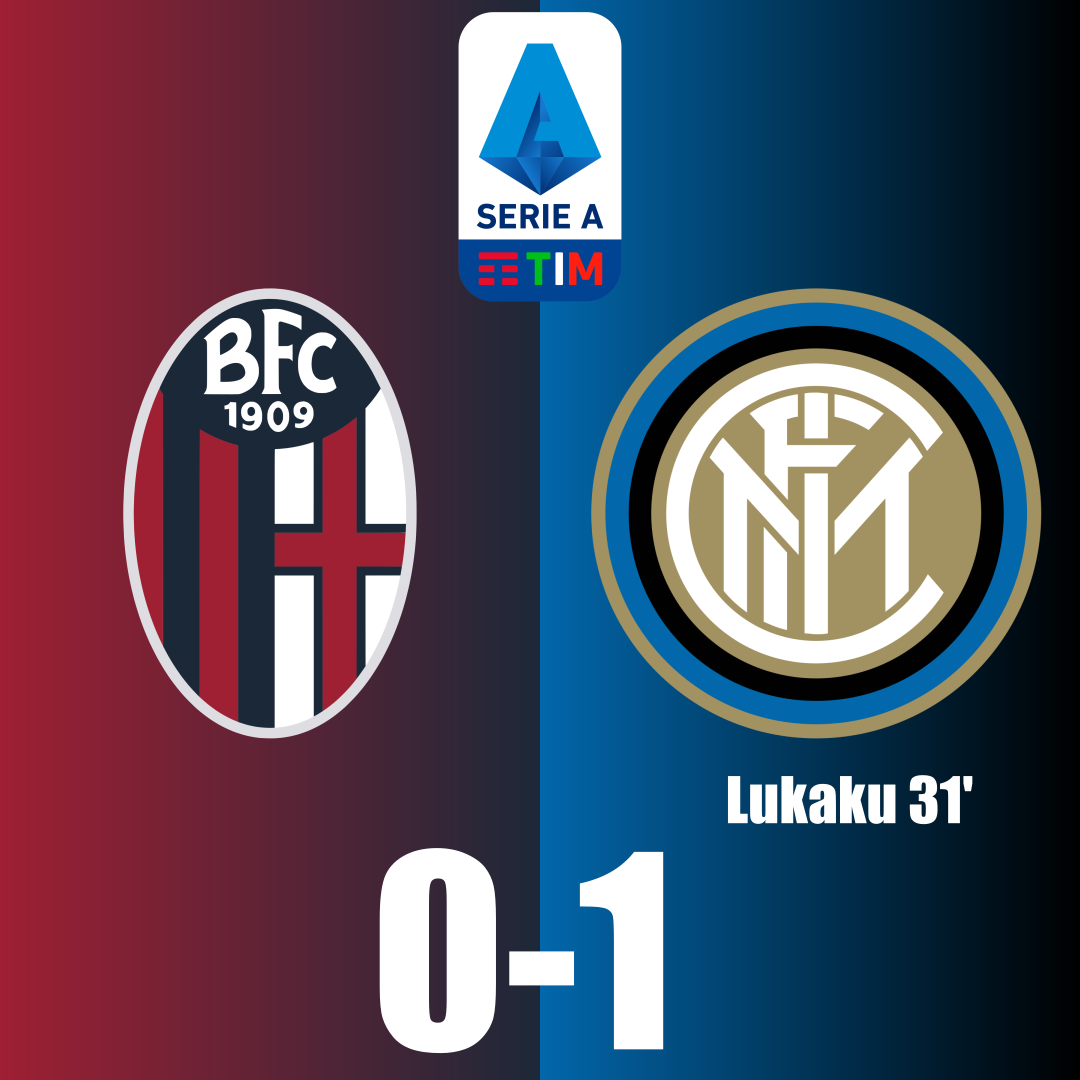 Inter win against Bologna as they go 8 points clear of Milan with a game in hand. Conte’s men got the better of Bologna to extend their winning streak to 9 games. This makes Antonio Conte’s Inter side the first one to achieve the feat after 2007. So, they solidify their position at the top of the Serie A table. Lukaku scored his 20th goal of the season to earn Inter a 1-0 win at Dall’Ara on Saturday. To Inter’s pleasure, Milan and Juventus dropped points on Saturday to push Inter into a strong position to win the Scudetto.

Bologna dominated the first half but the Belgian striker struck after 31 minutes against the run of play. He became the seventh player in Inter’s 113-year history to reach the 20-goal mark in two consecutive Serie A seasons. He had 23 in his debut campaign last year.

Inter win against Bologna even though Bologna had more possession

Bologna had timid early penalty appeals for a light push on Musa Barrow by Ranocchia. While Roberto Soriano failed to make the most of an Olsen knockdown at the back post. Inter took the lead with their first genuine chance, as Bastoni whipped in a cross from the left for Lukaku’s header. Ravaglia managed an extraordinary save to push it onto the upright from point-blank range. But the Belgian tapped in the rebound. Bologna’s night went from bad to worse, as Tomiyasu went off moments later with an injury. After that, Ranocchia nodded an Eriksen corner just wide. While Samir flapped a Schouten effort over the bar from the edge of the box after a smart Musa Barrow back-heel flick. Roberto Soriano wasted a golden opportunity on the resulting corner. He somehow fired over from six yards, to sum up, an unlucky outing for Bologna.

Bologna started the second half aggressively, Nicola Sansone turning off-target on the spin. Also, once again Inter almost doubled their lead with a quick counter, Lautaro’s effort from distance bouncing off the base of the post. Sansone was in acres of space for a volley from 12 yards, which Samir was able to smother. Then, Lukaku curled a free-kick off target. But, It wasn’t all plain sailing, as Brozovic and Bastoni picked up yellow cards. Now they will be suspended for Wednesday’s rescheduled game with Sassuolo.