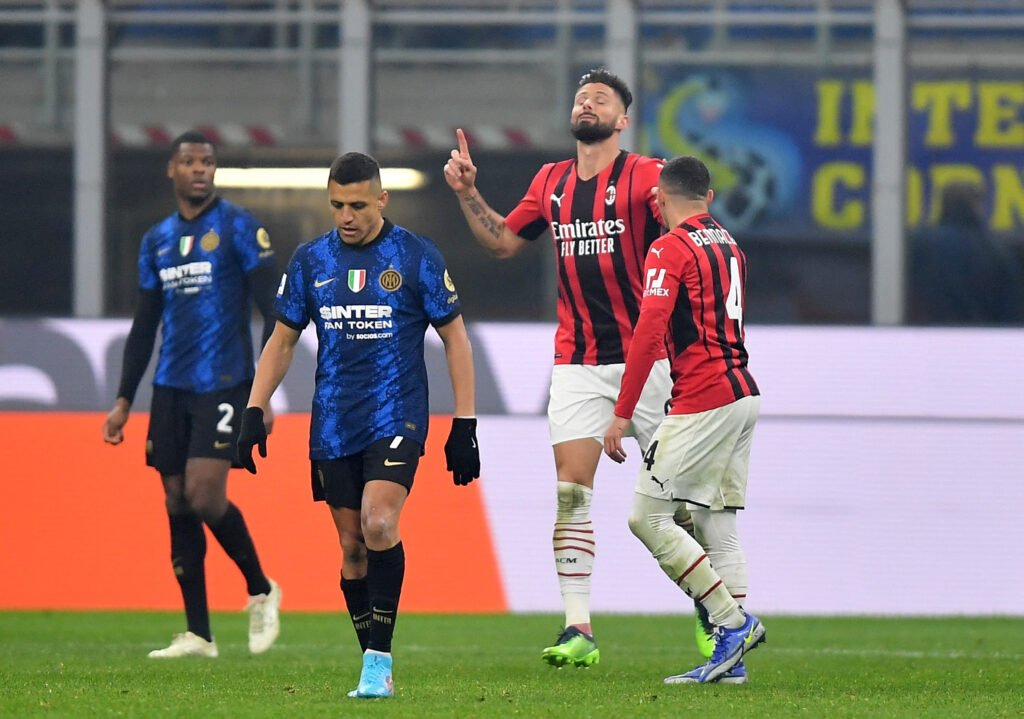 Leao scores a brace in the first Derby della Madonnina to give AC Milan an edge over Inter. The Nerazzurri gave a poor defensive display as they conceded three goals and two in six minutes. Inter have been struggling with their defensive structure since pre-season, and they will have to make changes soon to get back on track.

Lazio and Milan both have scored three goals past Inter’s defense, and Inzaghi will have to make some big calls. He might want to bring in Onana to give Inter more cover between the posts. Inter had a good start as Brozovic scored the first goal after a well-orchestrated attack. Lautaro dropped to attract the defense, and then he played to Correa, who spotted Brozovic making a darting run behind.

AC Milan picked up the intensity after that goal as they pushed more numbers in attack. Dumfries did not help Inter in defense as he stayed high up. Leao exploited that area as only Skriniar was there to guard the left half-space. The Portuguese combined with Tonali to give AC Milan their equalizer. The Rossoneri had a couple of chances after the goal in the firts-half, but Inter managed to defend them.

Leao scores a brace, and Giroud chips in to score three past Inter

AC Milan were happy to keep a mid-block as they did not look to press high up the pitch. The Rossoneri saved their energy to attack Inter on transition, which has been a weakness in Inzaghi’s system. The 2nd half had a sloppy start but AC Milan managed to score the goal out of nowhere. Leao again had the time and space at the left-flank to pick Giroud, who finished brilliantly past Handanovic.

A few minutes later, AC Milan doubled their lead as Tonali played a long ball to Giroud, who handled well and gave it to Leao. The Portuguese winger ran past the defense and fired his shot with a tight angle to complete his brace. Inzaghi then decided to make several changes.

Inter did look better after the arrival of Dimarco and Dzeko. The Bosnian got one back with a run to the near post after receiving a low cross from Darmian. The Nerazzurri made a series of attacks, but Maignan had a great game as he managed to stop the shots. Inter Milan had more xG, but they could not get past the French keeper in the end.