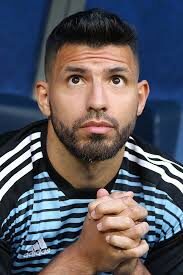 Nerazzurri move for Aguero. As reported by Foot Mercato. Inter have an interest in Aguero. Along with Paris Saint Germain, Barcelona, Man United and Chelsea. He is available on a free transfer this summer. Man City confirmed on Monday that Aguero would leave the Premier League leaders after 10 seasons. This has made a wide range of transfer speculation over his future.

The 33-year-old is said to have a big admirer in PSG boss Mauricio Pochettino, who is uncertain on the futures of Kylian Mbappe, Moise Kean and Mauro Icardi. Aguero joined Manchester City from Atletico Madrid in 2011 and has since scored 257 goals in 384 appearances.

Nerazzurri move for Aguero as the striker bids farewell

Pep Guardiola spoke about the club’s decision and said:

“We have still two months ahead, and today I saw the training session how brilliant he was and his commitment. Sergio is irreplaceable. I could say in terms of numbers he can be replaceable it’s not easy when you see more than 360 games played and more than 250 goals, the number of titles.”So it’s the legend, the best striker this club has ever had for this century through the years, but is irreplaceable in the souls, in the hearts, in the minds of our fans, of our people, of the players that played alongside him and all the managers who worked with him.”He’s a fantastic person, a human being, and I’m pretty sure if his mind is still aggressive like he is, he can extend his career longer and longer than maybe two or three or four or five years.”

Man City are also looking to sign a striker this summer and have been linked with Romelu Lukaku. But the Belgian is keen to stay at San Siro as he is enjoying his tenure so far. Also, the former Man United striker might never want to join their city rivals.