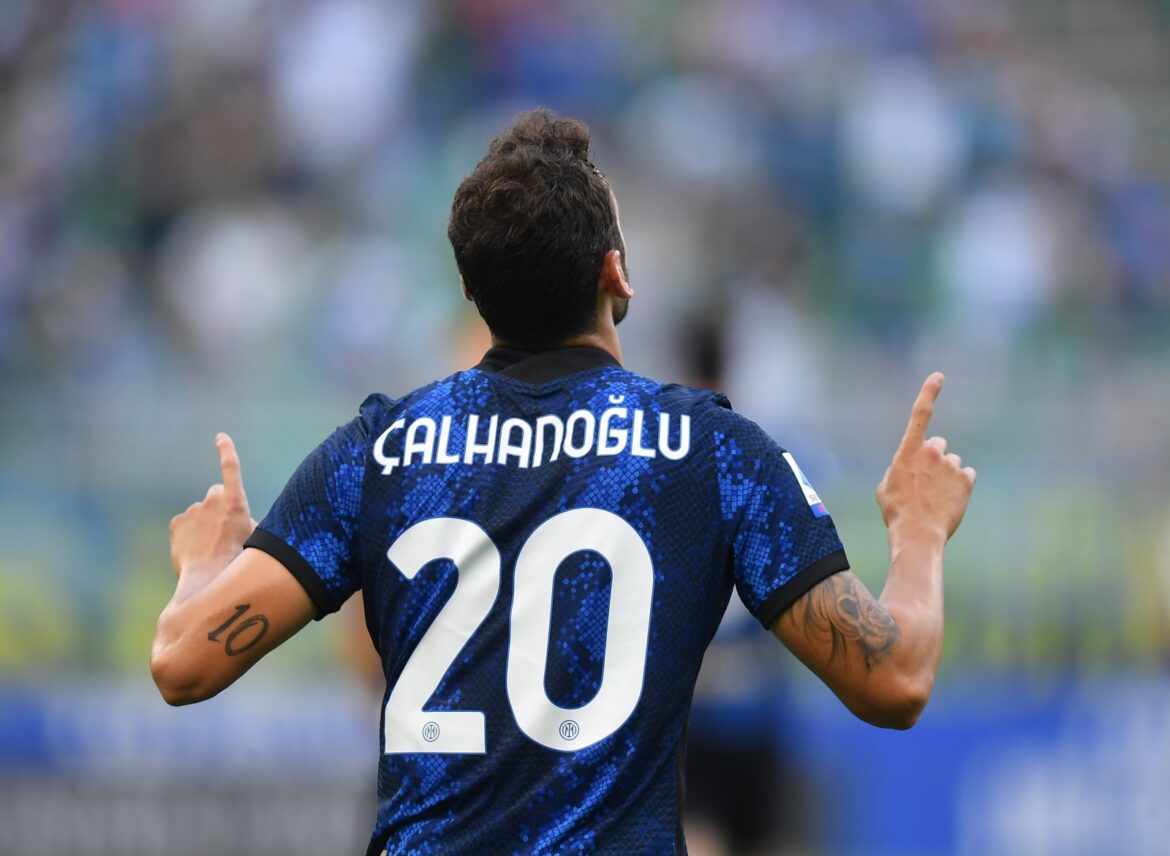 Newcastle eye Hakan Calhanoglu as they look to improve their midfield options. The Premier League side are building their team after the takeover. They lack a creative midfielder that can open up defenses and help them in unlocking players like Saint-Maximin and Almiron. While Inter are not looking to sell him as he is a key part of Inzaghi’s setup. He helped Inter in winning a domestic double last season and did a great job in replacing Eriksen.

Christian Eriksen’s medical condition left him out of Serie A, so Inter had to find a player to replace him. Calhanoglu made a controversial move to Inter as he left AC Milan on a free transfer and came to Inter last summer. However, his former side won the Scudetto, but Calhanoglu had a great individual season. The Turkish midfielder scored eight goals and provided 13 assists in all competitions. Conte was also keen to sign him as Spurs lack a creative midfielder.

Calhanoglu managed to fit in Inter Milan’s lineup seamlessly. He did not take many games to understand Inzaghi’s style of play. The Turkish midfielder is brilliant at linking up and finding spaces. Calhanoglu’s progressive passes and carries help Inter to get forward. Also, he has one of the best shot-creating action stats, which helps his teammates to have a crack at goals. The former AC Midfielder is also good in set-pieces, and Inter scored several goals from corners with his deliveries.

Newcastle are making a strong team in the Premier League, and have done some smart signings. They managed to win a point against Manchester City. But they lack a creative midfielder who can help in getting forward and unlocking defenses of teams with a low block. Calhanoglu is a viable option, but Inter will demand a good amount for the midfielder as he is an integral part of the squad.