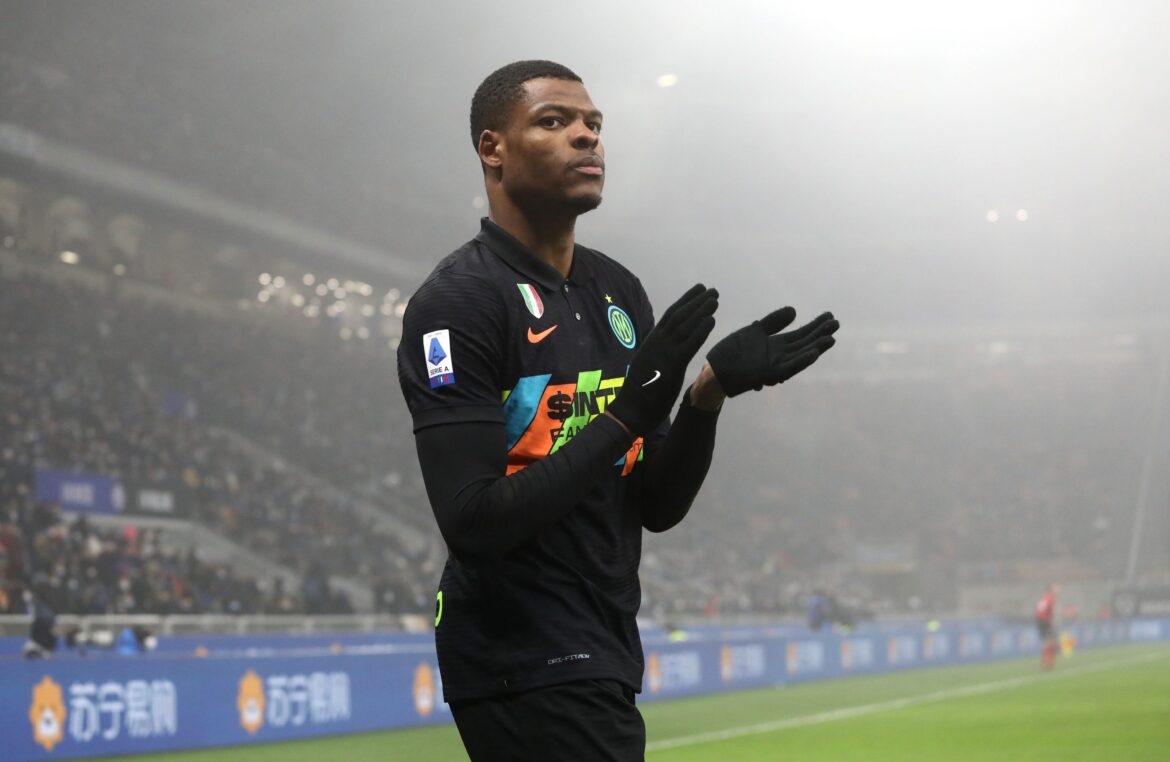 Real Madrid eye Dumfries as they want to upgrade their right full-back position. The Dutch defender already has immense interest from Premier League and is now sought by the La Liga giant Madrid. However, the English clubs are looking to sign him in the winter transfer window, while Madrid are targeting him for the summer. So, Inter Milan want €40 to €45 million for him, and would like to encourage a bidding war for him.

The Dutch defender has become one of the best wing-backs in Serie A in recent times. He has improved his defensive positioning and is more disciplined than he was at the time of joining from PSV Eindhoven. However, his form has dipped since the break, and has kept him out of some games. He did not come from the bench last night, as Inzaghi brought the young Bellanova ahead of him. So Dumfries could move to another club if he does not get regular opportunities.

The Los Blancos are eager to sign a right full-back, as Carvajal is suffering from injuries and has been underwhelming in recent games. Also, they do not have a quality backup for the Spanish full-back. Odriozola has struggled to reach his full potential, while Vazquez has been inconsistent. Ancelotti has tried Militao and Nacho in that position, but they can not provide offensive thrust. So, signing a right full-back in the summer will be a priority for the Champions League winners.

Real Madrid will fail to acquire Dumfries if he leaves in the winter transfer window. The Premiere League trio Chelsea, Manchester United, and Spurs are after Dumfries. So Real Madrid have other targets on their radar. Jeremie Frimpong and Pedro Porro are on the list. The Nerazzurri also have other choices on sight when Dumfries departs.