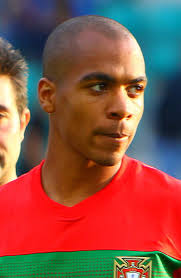 Sporting CP want Joao Mario on a permanent basis from Inter Milan. As Reported by Calcio Mercato. The Liga NOS leaders want to keep the midfielder at the club with him having had a very positive season. Also, they are ready to hand him a four-year contract. In recent weeks there has been a talk that an offer has already been made to the Nerazzurri. But it was rejected by Inter Milan, with whom Joao Mario is under contract until the end of next season.

Joao joined Inter Milan in a big-money deal from Sporting CP in the summer of 2016 but things have not panned out as expected for him in Milan, as he is on his third loan spell away from the club. Newcastle United and West ham were keen on taking Joao on loan last year. But in the end Inter decided to loan him to his former club, Sporting CP. Before that, he was on loan with Loco Moscow.

Sporting CP want Joao Mario, as he is playing well for them

Joao started out at Sporting CP and developed in their youth system. After that, he went to Vitoria de Setubal in 2014. So, subsequently he was an important part of the squads that won major trophies, including the 2015 Taca de Portugal. He has earned 82 caps for Portugal at the youth level, including 13 for the under-21 team. He made his senior debut on 11th October 2014. The Portuguese was in the 2018 World Cup squad and played in the UEFA Euro 2016. Which Portugal won against France 1-0.

In his loan spell with Sporting CP, the UEFA Euro 2016 winner has made 25 appearances across all competitions to date, in which he has scored two goals and provided as many assists for his teammates.