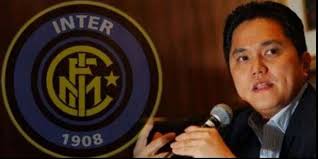 Suning to remain Inter’s owners. As reported by Tutto Sport‘s print edition. The anger with which they responded to Milan’s city mayor Beppe Sala last week. When he asked Inter to sort out their ownership issues before they could proceed with plans to build a new stadium. That was a sign of Suning’s commitment to the club.

They said in a statement: “FC Internazionale Milano has a glorious history of over a hundred years. It existed before Mayor Sala and will continue to exist after his mandate ends. “We find the statements of the Mayor of Milan offensive to the ownership. It is disrespectful to the history and reality of the club and its millions of fans in Milan and around the world. Also, it is irrelevant to the current process of the Nuovo Stadio Milano project”. Further irritation comes from the fact that the go-ahead should have been given in the early part of this year. But, it has still not arrived.

Suning to remain Inter’s owners, but they want financial support

Another clue that suggests that Suning want to stay is the silence that has fallen over their talks with US investment group Fortress. Over a potential ‘financing’ deal worth €250 million. Negotiations are ongoing. Also, Inter president Steven Zhang wants a deal done before he returns to Milan at the start of April. Suning have halted talks with BC Partners. In spite of plenty of talks in recent months about the British private equity firm’s hopes to buy Inter. In any case, the report warned that Suning would still need some financial support from the Chinese government. If they want to get Inter properly back on their feet again.

Inter winning the Serie A title would be great news for the state as much as for Suning. In spite of the government’s decision to block any further investments which are not strategically important. This means that Suning can’t invest in Inter at the moment.