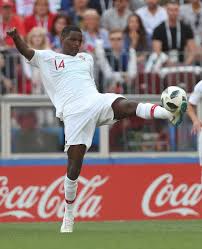 William Carvalho could replace Vidal at Inter after the Chilean has failed to perform under Conte. The Wolves and West Bromwich had shown interest in the Portuguese. However, they backed out and Inter are in line for a potential move. Carvalho spent most of his time with Sporting CP. Further, he made his first-team debut at the age of 18. He appeared in 192 matches for the club and won the 2015 Taca de Portugal.

In July 2018 he joined Real Betis on a five-year contract. The club paid a reported fee of  €16 million plus an additional €4 million in variables. Further, an added €10 million is to be given based on certain conditions and achievements. If it were not for Manuel Pellegrini, Real Betis would’ve been struggling in the bottom half of La Liga. While Wolves made up their mind to sign Carvalho, they had a different need of the hour.

William Carvalho could replace Vidal but are they in a position to make a new signing?

The Nerazzurri owners, Suning are deciding on cutting the costs of the club. In that case, a new signing might be doubtful as of now. Inter are struggling with finances from the last year after the coronavirus pandemic. They made huge signings in the Summer of 2019, spending around €100 million. Thus, they have been under a financial constraint for the past year. Though the good news is, the squad has been performing well. Inter are on top of the Serie A table with a six-point lead over city rivals AC Milan.

On the other hand, Vidal has failed to perform under Conte. The former Chelsea manager had brought Vidal to Inter with high hopes but it did not really work out. Meanwhile, he did not give Eriksen any chances no matter the situation. While Vidal made poor choices on the field and did not make evident contributions either. However, this Summer the Nerazzurri might get a deal to send Vidal in order to sign Carvalho.