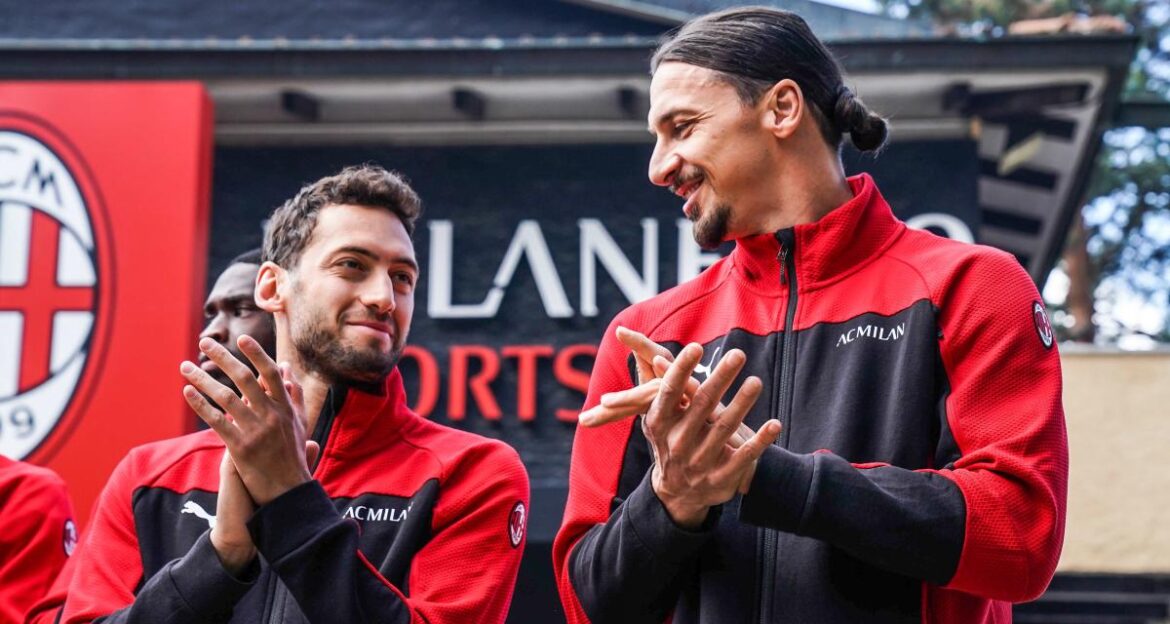 Zlatan trolls Hakan Calhanoglu after winning the title. Hakan decided to make a move to Inter last summer as he wanted to play for Inter. The Turkish midfielder was keen on winning something in Italy and Inter had won the Serie A last year. So, he came to Inter but his former club won the Scudetto this year and Zlatan was keen to send him a message while celebrating the title.

Hakan Calhanoglu made a controversial move from AC Milan to Inter in the summer but he is not the first player to do so. But the Rossoneri fans were ready to pinch salt on his wound as Inter could not defend the title. In the derby too, fans were continuously booing when he had the ball during the match. Hakan had a great season with Inter as he managed to settle in with ease. He had 2nd most assists and he created the most number of chances in Serie A this season.

The Swede had a good bond with Hakan in Milan and he was not happy with his move to Inter. Zlatan played for three years at Inter and made the move to another side of the city. He came back to AC Milan now in 2020 and could leave the club in the summer. But the Swede did not miss the opportunity to troll his former teammate Hakan as he let the crowd send him a message.

Inter Milan were close to winning the title this season as well but lost because of some errors and poor form of some players. The Nerazzurri were competing in all competitions for a long time as well. Hakan became an integral part of the team and played many games for Inter Milan this season.