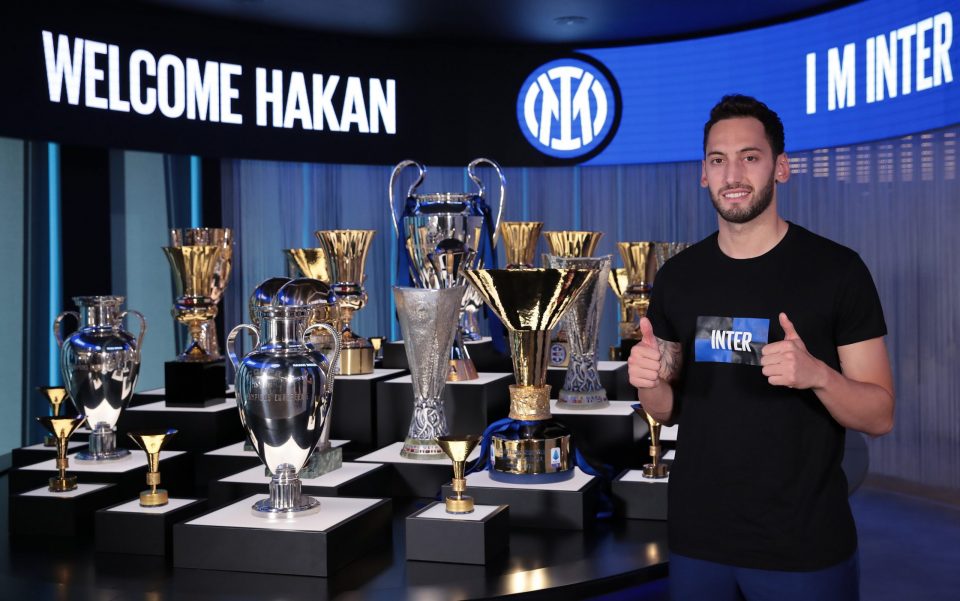 Inter sign Hakan Calhanoglu from AC Milan on a three-year deal. The 27-year old will receive €4.5 million this year, and €5 million for the next two years. Further, the Turkish footballer will replace Christian Eriksen as a midfielder in the next season. Eriksen recently fell unconscious in the middle of the game. He suffered a sudden cardiac arrest. While the 29-year old is out of the hospital and is feeling much better, he might need more rest.

Since he is 29 years old it is quite early for an incident like this, he wouldn’t be playing for Inter in the next season. The Danish midfielder has got a defibrillator for his heart that will monitor and notify of any problems from the beginning. Calhanoglu has come to Inter on a free transfer. The 27-year old has already talked to Simon Inzaghi who has welcomed him to the club. He will settle into Inzaghi’s system well. Since his contract was about to end in nine days, with no new offers for renewal, Inter bagged the Turkish footballer as soon as possible.

Inter sign Hakan Calhanoglu to replace Eriksen in the next season

Calhanoglu began his career with Karlsruher in 2012 in the U-19 team. After playing for Hamburger SV for 2 years after which he joined Bayer Leverkusen. Furthermore, he joined Milan in 2017 on a four-year deal. Since he is coming on a free transfer to Inter, we’d only have to pay his salary. Although Calhanoglu likes to play a little on top of the pitch that Eriksen’s position, he has the best playmaking abilities in Serie A and will be able to settle well.

On the other hand, Inter have not yet sold Hakimi. Although it’s sure that he is going this summer but Inter are not ready to settle for less than €80 million. The Moroccan footballer came to Inter in the last transfer window from Real Madrid for €40 million. Fans will look forward to seeing Calhanoglu in the squad.