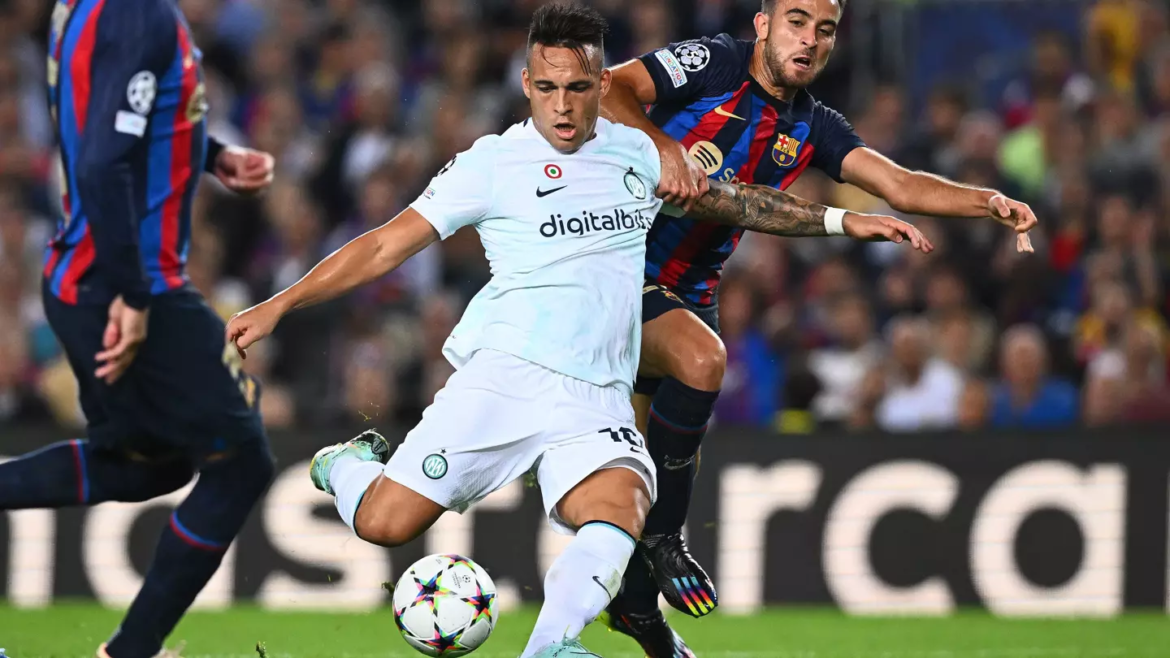 Barcelona held by Inter Milan at Camp Nou in a decisive match. The Nerazzurri came out with a point, and are now in touching distance to qualify for the knockout stages. However, they will be disappointed with a draw as they had the chance to come away with all three points. Inzaghi prepared well for this match, which had little to do with tactics and more with character.

Barcelona had the same team that faced Inter in San Siro but with different tactics this time. Xavi had Raphinha on the right wing for this game, and Pedri was further up to support Lewandowski. Alonso made a back three, and Roberto tucked into midfield as an inverted-fullback. While Inter were more focused on staying compact and being aggressive when going forward.

Barcelona had a better first half as they had more control of the game. Inter had only one real chance with Dzeko from a set-piece, but the Bosnian striker’s shot did not cross the line. Mkhitaryan had a lapse in concentration which led to the goal as Raphinha played to Roberto, who made an underlapping run behind the Armenian midfielder and gave it to Dembele for a tap-in.

Barcelona held by Inter in a must-win match

Inter Milan were a different side in the second half. They played direct and counter-attacking football with the intention to win every duel. Barella got Inter back in the game by making a brilliant diagonal run behind the defense. Pique had no idea that he was behind him, and the Italian midfielder kept his composure to finish the goal.

Inter got ahead with Lautaro Martinez as Calhanoglu found him on the break. The Argentine turned Eric Garcia inside-out and finally ended his goal drought as the ball hit the post and went in. However, Barcelona came back through Lewandowski as De Vrij could not clear properly.

But Inter restored their lead with a brilliant counter as Lautaro covered the ground and played to Gosens, who found the net. The game got six more minutes in stoppage time, and Lewandowski found the net again following Garcia’s cross. The Polish striker produced a thumping header out of nowhere. Inter had the chance to get all three points, but Asllani took too long to make a decision, he could have squared the ball or taken his shot earlier to win the game.

What’s next for Inter Milan in the Champions League?