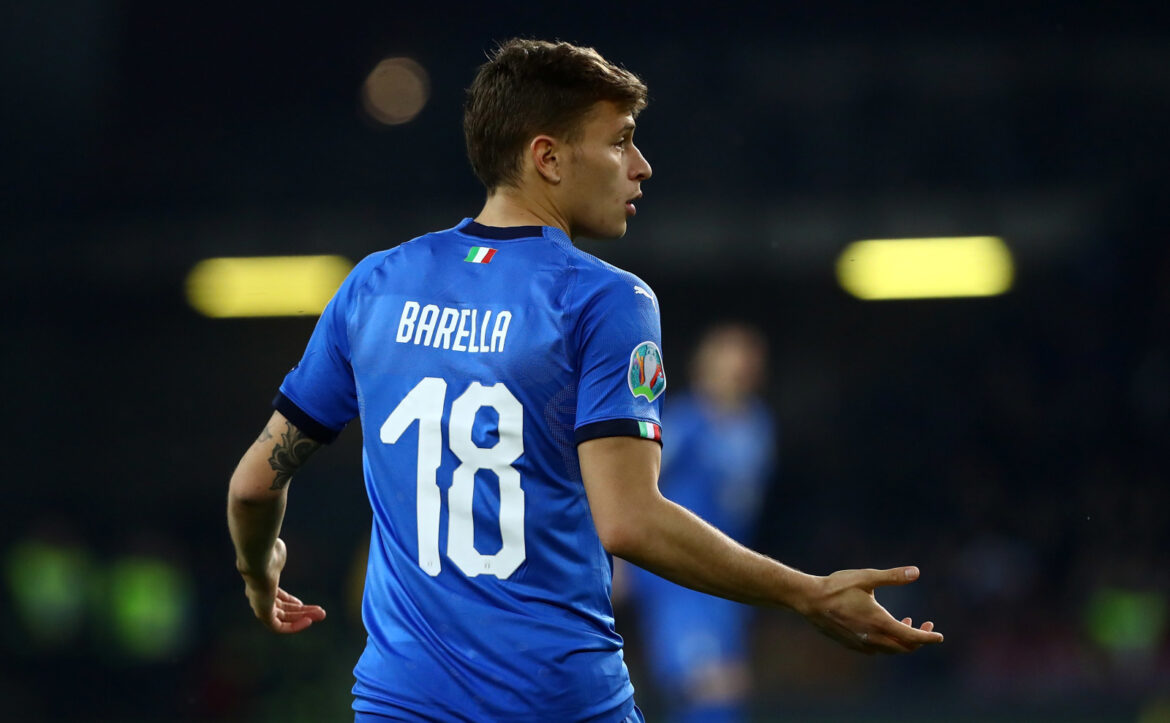 Nicolo Barella scores a ‘stunning volley’ to help Italy finish 3rd in the UEFA Nations League. Belgium did not have enough quality in attack as Lukaku and Hazard were out injured. Bastoni and Barella both started for Italy and played well. Nicolo Barella broke the deadlock with a stunning volley followed by a corner. After that Italy looked much more comfortable in possession. Spain ended the Azzurri’s 37-game unbeaten run in the Semi-final, but Italy will be happy with their result against Belgium yesterday who are at number 1 in the FIFA rankings.

The first half was even as both the teams did not get many chances. Chiesa had a couple of shots in the start but none of them were threatening. Belgium looked slightly better in possession and Italy did pose some threat on the counter. Italy faced Belgium in the quarter-finals of the Euros 2020 and won with the same scoreline and Barella opened the scoring in that match too. In the 25th minute, Saelemakers hit the crossbar with his curling effort. Chiesa had a great chance at the end of the first half but Courtois made himself big and made a superb save from his feet.

Just after the start of the 2nd half, Italy got a corner. The ball got half cleared and went to Barella who struck a brilliant low volley into the bottom left corner. Further, after the goal, Belgium did not look comfortable in possession and without the big names in front, their attacks were too predictable. Italy got a penalty in the 63rd minute which Berardi converted with a powerful strike.

Belgium did get one back as De Bruyne gave a perfect weighted pass to Ketelaere who scored in the 86th minute. But Italy managed to keep their lead intact till the end and got the third spot in Nations League.