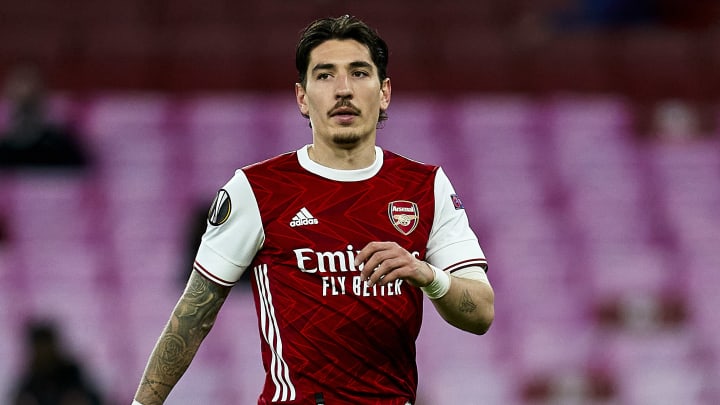 Hector Bellerin is prepared to leave Arsenal for Inter Milan this summer and his agents are expected to land in Milan in the coming days. Also, Nahitan Nandez from Cagliari could move to Inter Milan for the upcoming season. As reported by La Gazzetta dello Sport, Inter wants to sign both the players on loan with an option to buy. Inter Milan are in talks with Cagliari and Arsenal. Cagliari got Dalbert from Inter Milan who is a Brazillian full-back. Also, Inter will give Radja Nainggolan to Cagliari on a permanent deal by ending his contract. Inter will have to give Nainggolan severance as they will terminate his contract and send him to Cagliari on a free transfer. He will have to agree to personal terms with Cagliari as well.

Inter Milan have a small budget in this transfer window so they are looking to sign players on loan with a buy option. Inter are keen on Dumfries and he is their priority signing. But if they are not able to get him, then they will sign Hector Bellerin. The Spaniard has been out of favor at Arsenal as Mikel Arteta likes Calum Chambers over him. The Gunners feel that Bellerin does not fit in their system well and are looking to sell him. But Inter will look to sign him on loan.

Bellerin prepared to leave Arsenal as he wants to join Inter

Bellerin is not getting enough game time at the Emirates. So he wants to move and Inter does have him on their radar. He could fit in Simeone Inzaghi’s system as he will have the freedom to burst forward. But Inter will first see if they can sign Dumfries.

Both players are willing to move to Inter, now their clubs have to reach an agreement with the Nerazzurri.