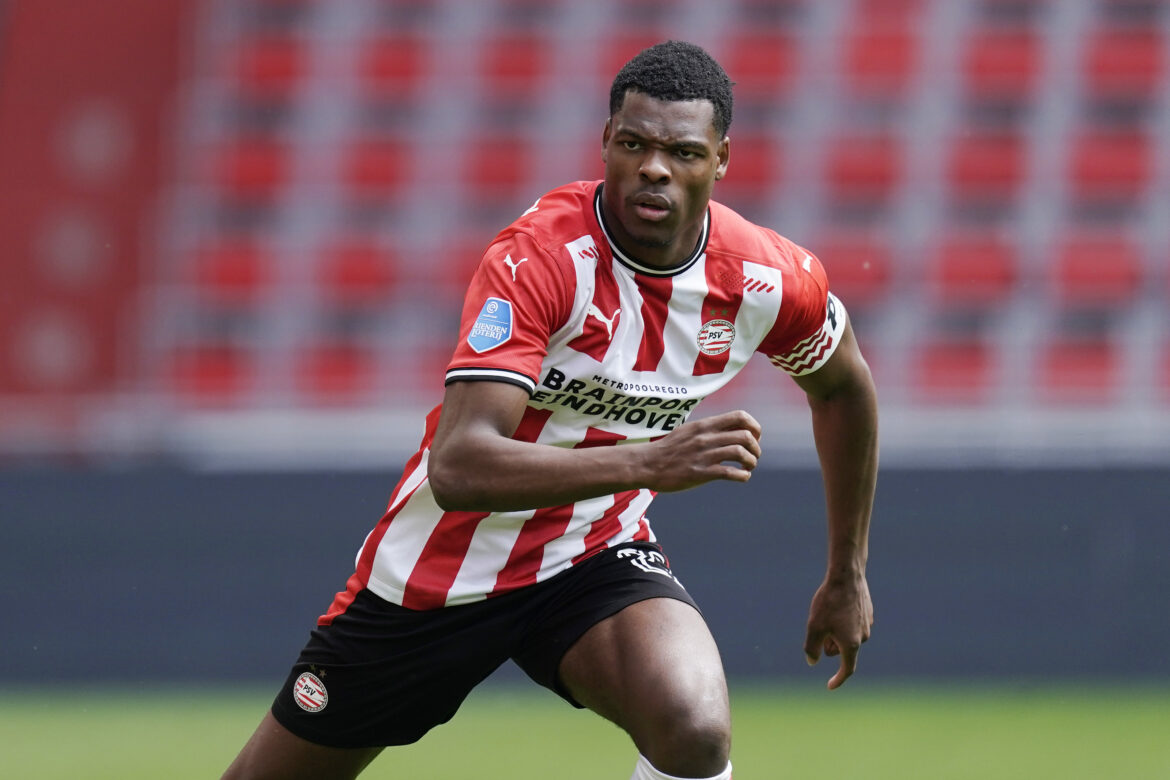 Can Denzel Dumfries replace Achraf Hakimi at Inter Milan? PSV Eindhoven’s right-back is Inter Milan’s target in this window to fill in the space left by Achraf Hakimi as he went to Paris Saint Germain. Inter are trying their best to strike a deal. They are looking to get him on a loan for this season as Inter are struggling financially. As reported by Rome-based newspaper Corriere dello Sport. If PSV are willing to give Dumfries on loan then Inter will try their best to get him to the San Siro.

Dumfries has been Inter Milan’s priority for the whole transfer window as he is similar to Achraf Hakimi. His profile is perfect to replace the Moroccan. Hence, Inter are not making any move for any other player. But they do have Hector Bellerin and Nahitan Nandez as other options if they are not able to sign Dumfries. The Dutch international was excellent in the Euros 2020. Also, he scored some crucial goals for his team.

Dumfries played a key role in Eerste Divisie team Sparta Rotterdam’s title win in 2015/16. He was starting regularly for his local club at age 19. So after a single season at Heerenveen and two years later, he completed his move to PSV and instantly made a strong impact. He was also named in the 2018/19 Eredivisie Team of the Season with players like Matthijs de Ligt, Hakim Ziyech, and Frenkie de Jong. Now, Dumfries is a regular starter in PSV’s starting eleven, he has had international experience with the Netherlands national team, and now has the option to either continue in the Eredivisie or consider a transfer to another club.

So Inter will try to lure him as Simeone Inzaghi is a big admirer of him.