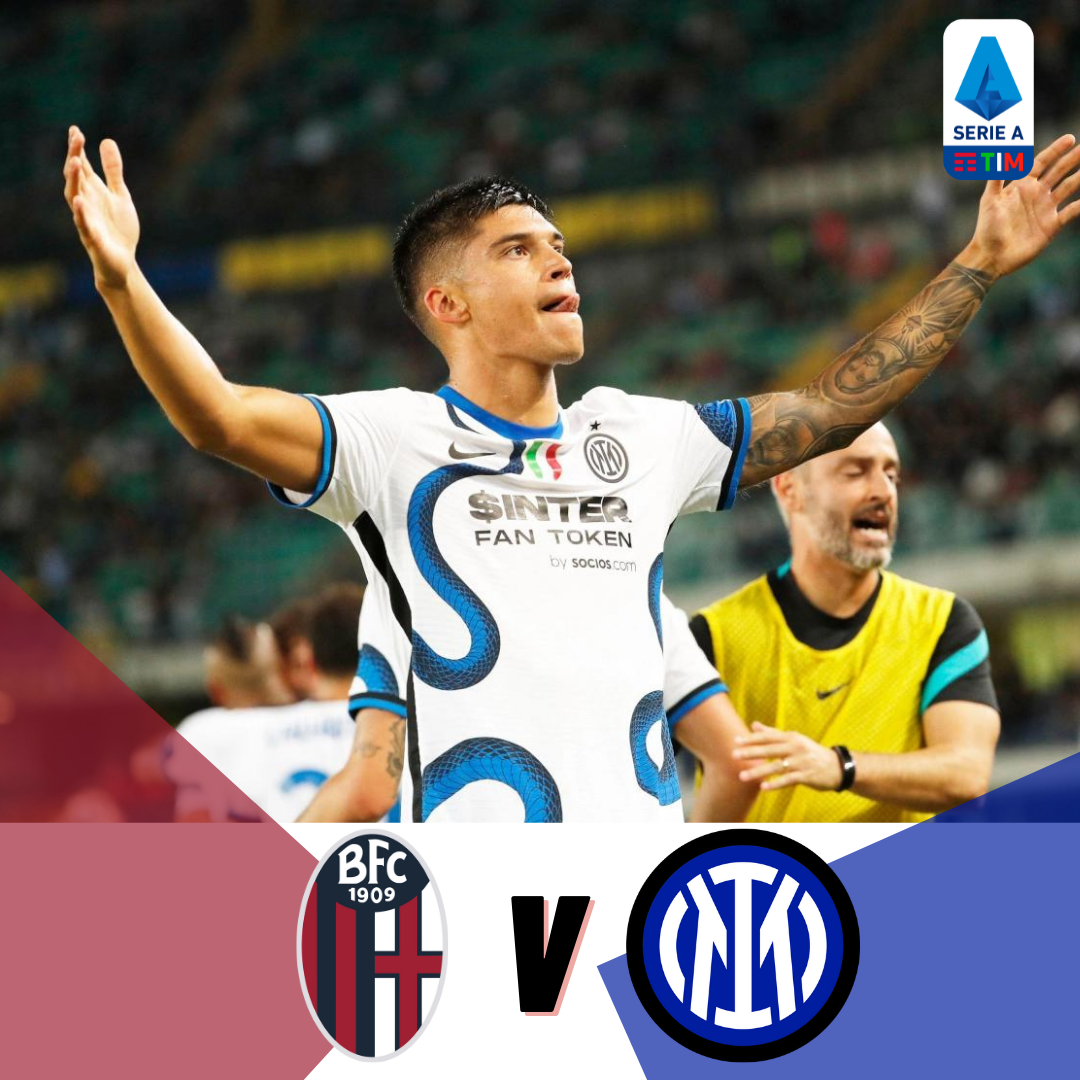 The Nerazzurri can regain the top position if they get three points in Bologna vs Inter 21/22. Currently, they are at 2nd position, two points behind Milan but with a game in hand. Inter made an appeal to abandon this game as Bologna did not show up on the day of the fixture. The hosts had a covid outbreak in their camp so they could not come for the game and got it rescheduled to tomorrow. But Inter will have to play just three days after the win over Roma.

Inter are coming into this game with a convincing 3-1 victory over AS Roma. Dumfries, Brozovic, and Lautaro helped Inter to clear one of the toughest hurdles remaining in their Scudetto race. But Inter have to keep winning games to defend the title as Milan are right behind them. Meanwhile, Bologna are enjoying a 4 game unbeaten run as they have picked up form in recent games.

Will Inter come back to the top after Bologna vs Inter 21/22?

Inzaghi would like to go with his best lineup as they can not afford any slip-up. With Gosens out because of a muscle problem, Perisic will keep his place. Bastoni can come in for Dimarco or the 24-year old can keep his place as he helps in set-pieces. While Correa can start at the front to give some rest to Dzeko or Lautaro.

Bologna’s manager will still be out for this game as he recovers from leukaemia. While Arnautovic is out because of his hip injury and Kingsley Michael is still out for some time because of his finger injury.

Bologna are in good form and they have held Juve and AC Milan in recent games. Inter will feel slight fatigue after the game on Saturday but they can get 3 points from this.
Bologna 0-1 Inter Milan.