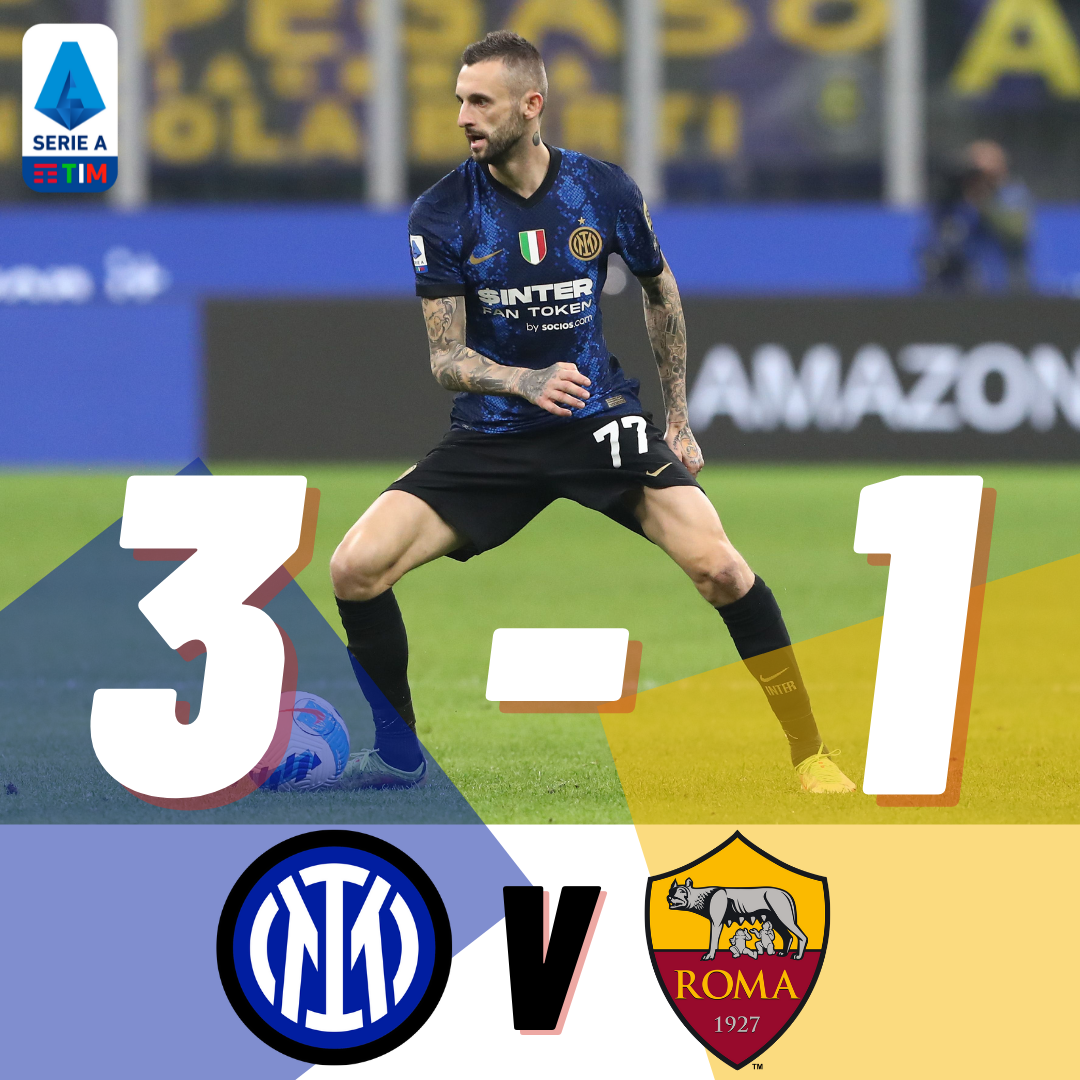 Inter outclass Mourinho’s Roma and regain the top position with a 3-1 victory. The Nerazzurri had a convincing win on Jose’s return to the San Siro as his side’s 12-game unbeaten run ended. Inzaghi made some changes to the lineup as he brought Dzeko and Dimarco into the starting lineup. AS Roma missed Zaniolo at the top as they could not create enough chances from open play. Inter were organized with their press and did not give Roma enough chance to build up from the back.

Roma managed to keep Inter quiet for 30 minutes as Calhanoglu’s long-range effort could not beat Patricio. Mancini had a brilliant chance as Pellegrini delivered a perfect ball but the Roma defender could not keep his header on target. Inter then orchestrated a wonderful counter as Dzeko dropped and helped Calhanoglu to pick out Dumfries. The Dutch defender made a darting run and kept his composure to finish through the legs of Patricio.

Inter doubled their lead around the 40th minute as Perisic cut in to give space to Brozovic who came in the box. So, the Croatian got past Mancini and produced a delightful curling goal on the top right corner to give Inter a two-goal cushion.

AS Roma started the second half on the front foot as they got a corner. But Inter soon got another goal as Calhanoglu found Lautaro in the box from the corner. The Argentine was between Abraham and Mancini but he managed to find space as he powered his header to goal. Inter will hope that Lautaro’s form continues for the remaining games as they look to defend their title.

Inzaghi then brought another Argentine forward on the field in place of the former Roma striker, Dzeko. Also, he brought Bastoni for Dimarco to strengthen the backline. Jose made some changes as well since Roma were struggling to create chances. Inter now slowed the tempo of the game as they were maintaining their shape without the ball.

However, Inter could not keep a clean sheet as Roma got a late goal. Shomurodov came forward and gave a cut-back to Karsdrop who performed a dummy as he left the ball for Mkhitaryan. He managed to find the top corner to give Roma something to celebrate as the game ended at 3-1.