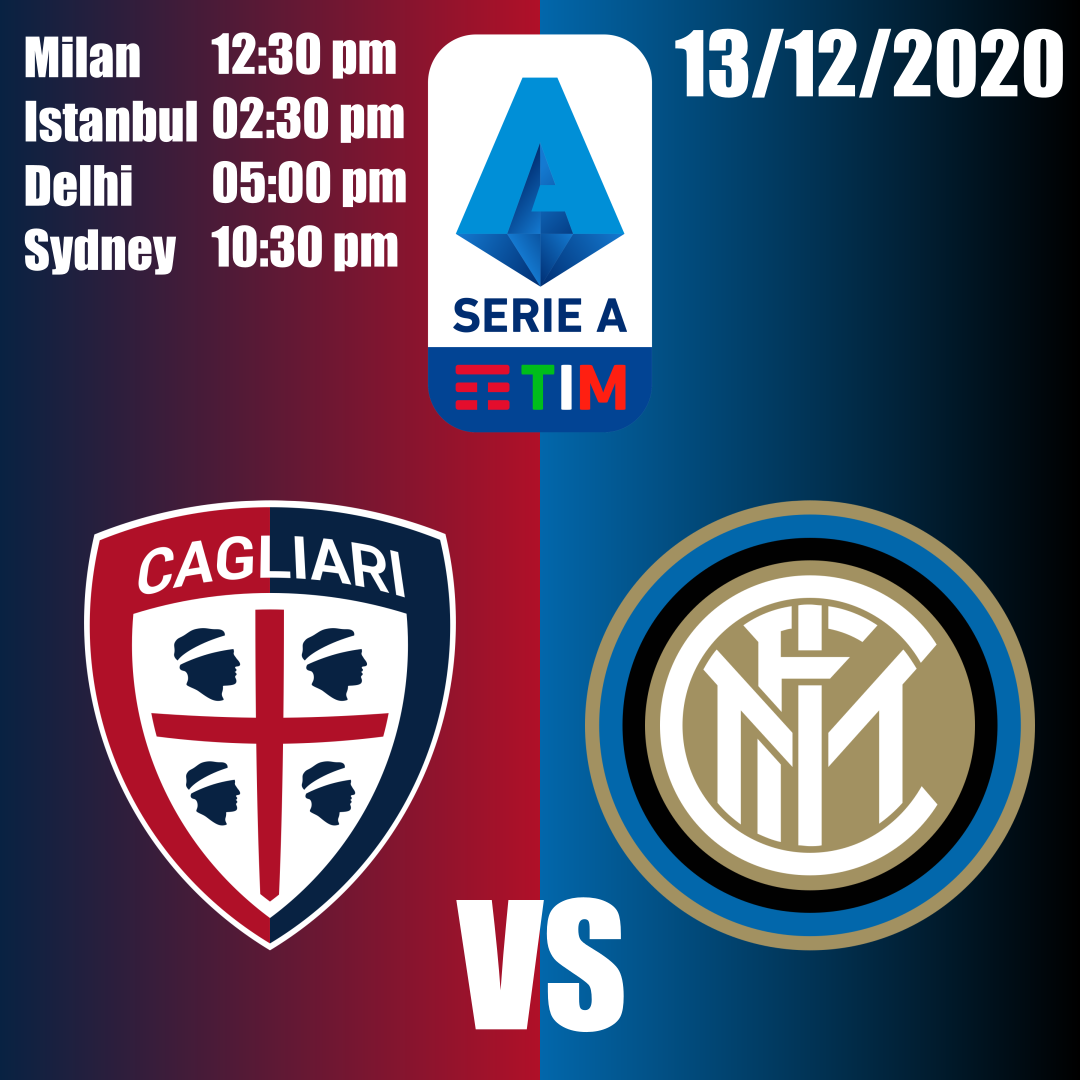 As Inter travel to Cagliari, Antonio Conte is under pressure to deliver on his promise of winning the league. The Nerazzurri crashed out of Europe after their midweek draw to Shakhtar. The Cagliari vs Inter 20/21 will be a tough one for Antonio Conte’s men. Despite the pressure, Inter are in great form in the league. The Nerazzurri have won their last three Serie A games and have lost only once this season. Sitting in 2nd, Inter are a massive 5 points behind city rivals Milan. And the Nerazzurri are not in a position to be able to drop points.

Thankfully for Conte, Cagliari are in poor form and their home form is even poorer. It will be hard for Inter to come out dominant from the Shakhtar game. But it’ll also be terrible to drop points at this stage. Inter are the most in-form team in the top half of the table at the moment.

Most importantly, Conte will look to rest a few of his key players. Alexis Sanchez, Darmian and the backup centre-backs can expect to start. Inter are playing Napoli on Wednesday and Conte will want his men to be fresh then. Subsequently, this can be the right time to try out Radu. The backup goalkeeper has made no starts in this season. Despite Handanovic looking in prime form, the 36-year-old needs to be rested.

Cagliari vs Inter 20/21, Inter must show up consistently

In the Cagliari vs Inter 20/21 Serie A fixture, Inter have to show up. Conte’s biggest problem this season is failing to make his team play good consistently. Often, the side is dragged by a massive contribution by an individual. While this has proved to be enough to get the 3 points on many occasions, it won’t always work. Inter failed to put one past a Shakhtar side in two games that conceded 10 goals to Monchengladbach in the same number of games. Conte is relying too much on Lukaku and the midfield trio to create something from nothing. Moreover, Inter need to start playing like a team where everyone makes a considerable contribution. If not, then it will be hard for Conte and Lukaku to show up every single time.