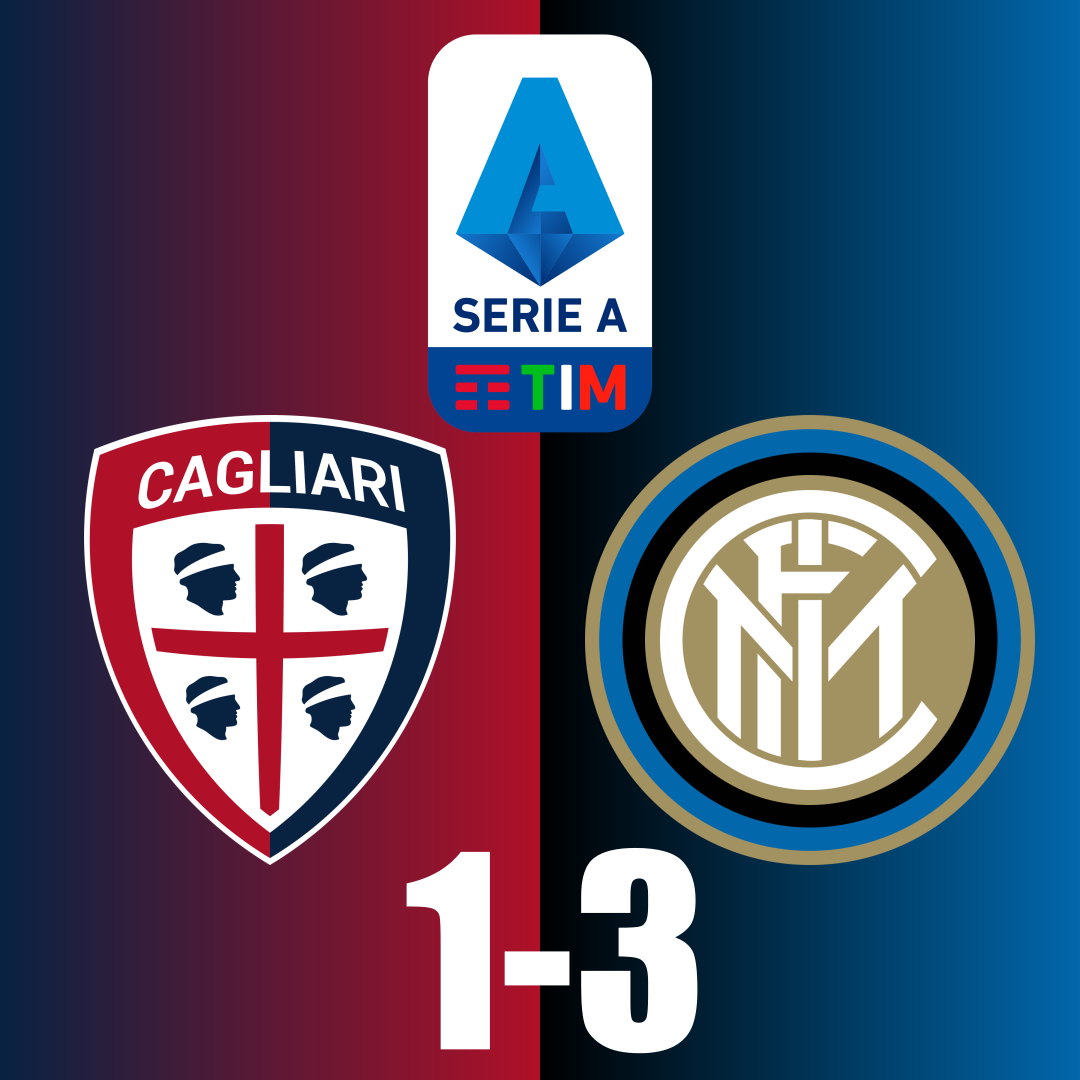 Inter beat Cagliari 3-1 in a game that could’ve easily gone the other way. The Nerazzurri started the game on a positive note by creating a flurry of chances. As it never comes easy for Inter, Rossoblu keeper Cragno kept Inter out all by himself. The Cagliari defence never really showed up in the first half, nor did they manage to get hold of the game. Despite this, they managed to score with their first shot on goal in the final minutes of the first half.

Eriksen got a start in this game which was unlike Conte. The Danish midfielder proved a lot of his critics wrong by dominating chance creation and putting Inter on the front foot. Eriksen for the first time looked like he belongs to the setup. But as the game progressed, Eriksen’s charm on the field wore off. Conte subbed him off early in the second half for Sensi as Inter were trailing.

Normally, Inter come in stronger in the second half and dominate their opponents. But, the Nerazzurri looked clueless this time around and Conte sensed that early. He subbed in Sensi and Young very early in the second period of the game. They were followed by Lautaro who came in for Bastoni as Inter switched to a 4 man defence. Other than that, Hakimi came in for Perisic in the half-time break but went off as he felt a little displeasure. D’Ambrosio came on for Hakimi and shifted to left-back as Barella moved forward.

Inter beat Cagliari 3-1, but the scoreline barely narrates the story. The Nerazzurri only managed to equalize in the 77th minute with an impressive Barella volley. That was followed by a header that perfectly sums up how important D’Ambrosio can be for the team. He scored just after coming on for Hakimi. After Inter’s second goal, the players defended as a unit and kept Cagliari at bay. Also, Handanovic looked in great touch as he didn’t let the Rossoblu cash in on easy chances. Lukaku buried Inter’s final goal in an open net as Cragno came up to Inter’s box for a corner. This win is all the more important because later in the day, Milan drew with Parma. Now Inter are only 3 points behind Milan on the top of the table. With this win, Inter remain the most in-form side in the league.