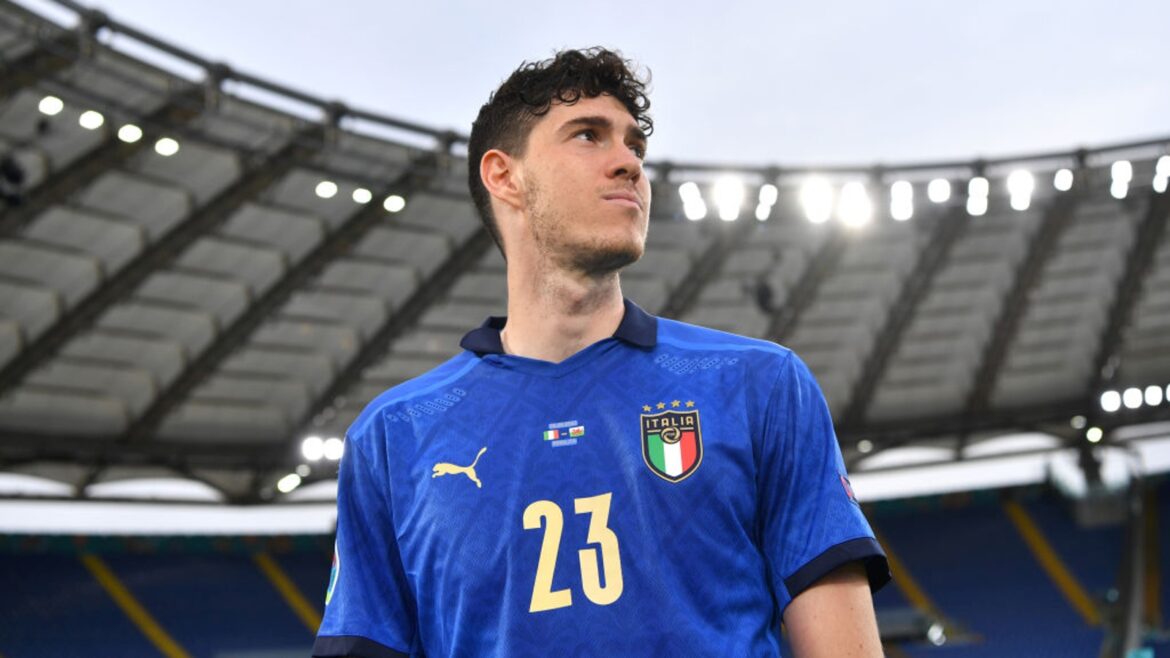 Can Bastoni be Chiellini’s heir? Well, the former Italian man and Coach Claudio Ranieri surely thinks so. The 69-year-old has praised Bastoni after he looked calm against Wales in the last match. Further, Alessandro Bastoni did not participate in the first two matches for the Azzurri. However, he impressed the former coach with his maturity and control. Furthermore, Inter recently won the Scudetto and had the best record in defense in Serie A this season.

The then Nerazzurri boss, Antonio Conte used his players in order to have the best record. The defense trio, Bastoni, Skriniar, and de Vrij were rock solid at the back. They had the best record in defense. Stefan de Vrij recently praised Skriniar after his goal against Poland. Conte used their strengths well and they gave a very fulfilling result for the club. It was Inter’s first Scudetto since the 2010 treble win under Jose Mourinho. The 22-year old joined Inter in 2017 for €31 million.

Can Bastoni be Chiellini’s heir? Claudio Ranieri is all praises for him

The former Italy coach said that despite being young, Bastoni did not panic in the game and looked composed. Furthermore, he said that the 22-year old will be the next heir of Giorgio Chiellini. Chiellini is the captain of both Juventus and the Italian national team. He is one of the best and most experienced defenders in the world. The 36-year old has won nine consecutive titles with Juventus from 2012 to 2020. He has also won four consecutive Coppa Italia and Supercoppa Italiana titles.

He started playing international football with Italy in 2004. Ever since he has won 108 caps which makes him Italy’s seventh-highest appearance holder. Bastoni is a good defender and is still learning. Although the youngster has impressed in his club career already. He made 33 appearances and provided 3 assists in the 2020-21 Serie A season. Ranieri believes that he might be the next one to take Chiellini’s place.