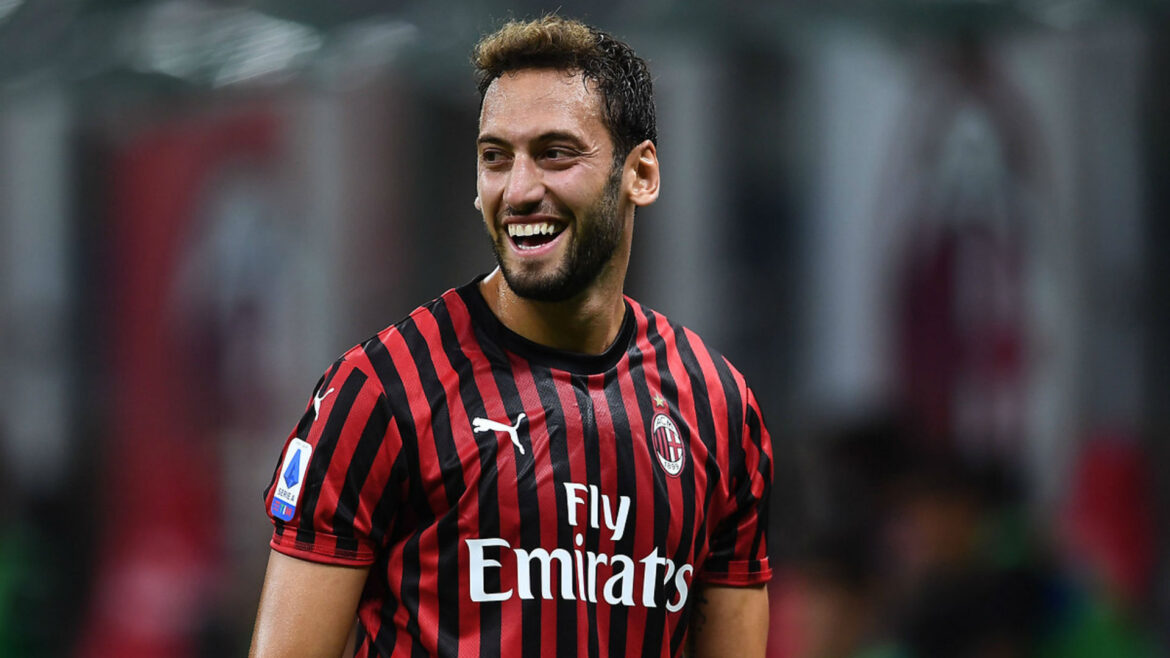 Hakan Calhanoglu has spoken to Simone Inzaghi. He will be signing a 3-year contract for Inter Milan. Inzaghi is excited about working with him and he has welcomed him into the club when they had a talk. As reported by Gazzetta dello sport. Calhanoglu will undergo his medicals soon with the club. He is coming as a free agent so will only have to pay for his salary. He will get €4.5 million this year and €5 million in his last two years in the contract. Inter have done this deal very quickly while their city rivals, AC Milan were thinking to give Calhanoglu a new contract and clubs like Juventus and Atletico Madrid were also keen on him.

Christian Eriksen will not be able to play for Inter in the next season because of his health problems and he will like to take some time off and recover. So, Inter were looking for a midfielder and their board decided to get Calhanoglu from their rivals. It is a great signing as he can fit into the team easily. He can play at Eriksen’s position, however he likes to play a bit higher on the pitch. His playmaking abilities are one of the best in Serie A. Also, he has an eye for a goal and has a powerful strike under his belt.

Calhanoglu is a brilliant team player and can link up with his teammates very well. He creates a lot of chances and was one of the reasons for the success of Zlatan in AC Milan. He is very technical and can combine with Barella to give Inter more chances. However, Inzaghi will have to find a way to fit him into the system as he will not help much in the defensive phase.

Inzaghi told him that he pushed for his transfer personally. This shows that he really wants the Turkish International in his team.