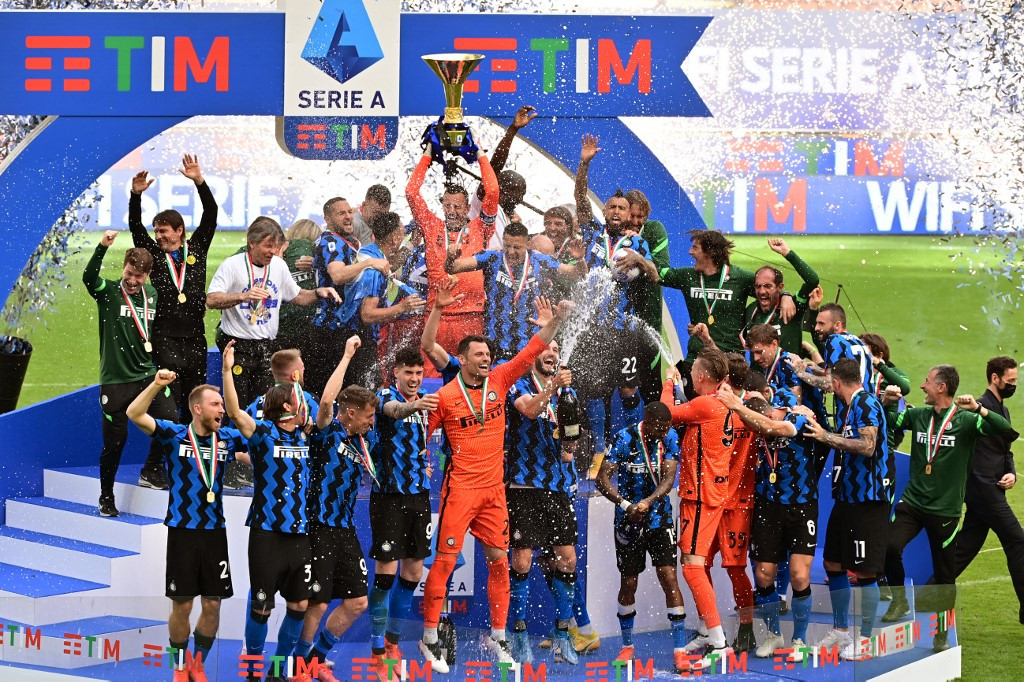 Can Inter Milan win the Serie A title? This is the question that is worrying the Nerazzurri fans. Inter Milan have lost some of their key players and are going into the 21/22 season with a new head coach. Simeone Inzaghi has joined Inter from Lazio and he is ready with his plans for the upcoming season. However, his plans got a setback as their main player, Romelu Lukaku is going to return to Chelsea. The Italian tactician is furious after this transfer the Belgian was integral to his team. He had a key role in Inzaghi’s system, but now they will have to find a replacement for him and change some tactics as well. The former Napoli and QPR manager, Luigi De Canio feels that Inter Milan are still the favourites to win the Serie A this season.

The Nerazzurri won the Scudetto last year comfortably as they had 12 points more than the runners up. Inter were able to break Juventus’ streak and won the title after 11 long years. But, right after that, Antonio Conte decided to leave. The Italian tactician was not happy with the vision of Inter’s owners as they wanted to sell players and make profits in this transfer window. The Suning have done exactly that as they sold Hakimi and Lukaku. The Moroccan was brought from Real Madrid last year and Inter decided to sell him this year itself. The Belgian has been brilliant for Inter and was their best player last season. But the Suning forced the Inter board to sell him.

Luigi De Canio feels that Inzaghi can help Inter to defend the title this season if he remains consistent. He said to TMW radio, as reported by FC Inter News.

However, De Canio feels that Inter will struggle in the Champions League.