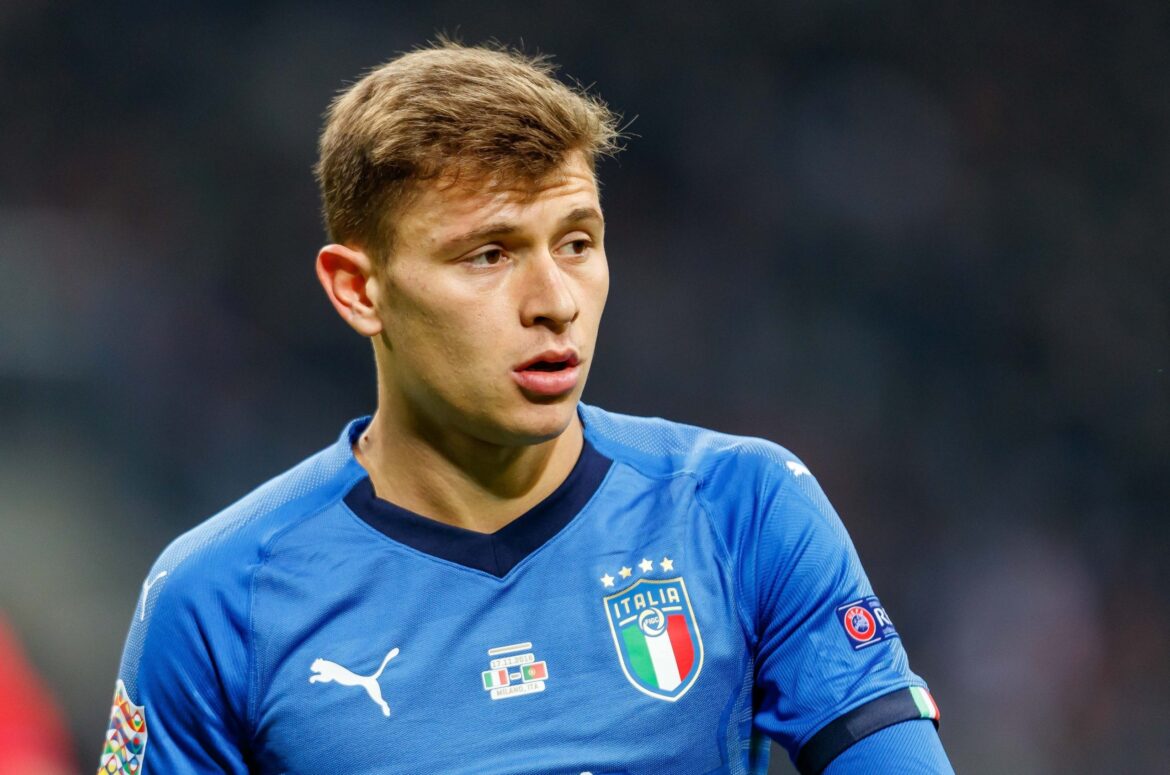 Chelsea eye Inter Milan midfielder as they look to improve their squad. The Blues have to reinforce their midfield as Jorginho and Kante will be out of contract next year. Inter are not looking to sell the Italian midfielder as they look to build their midfield around him. Chelsea have been struggling to sign players in the transfer window and are targeting various players. They are also looking to sign Dumfries as Azpilicueta might leave.

The Blues have been active lately, and their new owners are ready to invest in the club. They see Barella as a player who can help them in the midfield in the years to come. With young players like Gallagher and Barella, Chelsea want to shape their squad for the future. However, it will be tough to take him away from Inter as Inzaghi considers him untouchable.

The Blues are in talks to get Dumfries and can make a double deal with Inter. Both the clubs have a good relationship as they recently concluded Lukaku’s transfer. Inter will be willing to agree to the deal if Chelsea offers a good amount. Also, the Blues are eager to make transfers after missing out on several players. But Inter are waiting for ten more days for any other transfers. After that, the Nerazzurri will take their players off the market as Inzaghi wants to prepare for the upcoming season.

Barella is crucial for Inter Milan and plays a vital role in progressing the ball forward. He likes to carry the ball and create chances for his teammates higher up the pitch. The Italian midfielder also has an eye for goal, which will be an upgrade over Jorginho and Kante. His intensity and energy will suit Premier League, but he might not want to leave Inter.