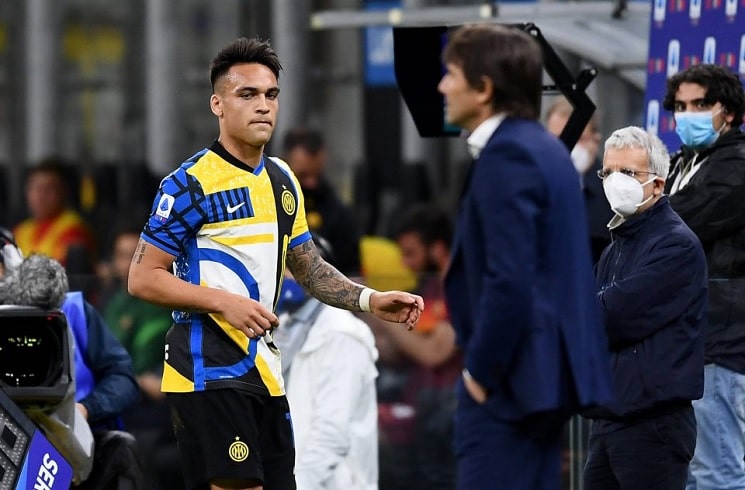 Conte confronts Martinez after he steps out of the field with a very irritated expression. El Toro was scolded by Conte on his attitude after he was replaced by Andrea Pinamonti. In fact, Conte shouted at him saying, “You need to shut up, have you understood? Don’t try and be a superstar.” Martinez walked out of the field fiercely and kicked a water bottle at his teammates. Although Conte being the boss he is, was not ready to take the indiscipline.

The assistant boss Cristian Stelleni said that Conte wanted to teach Martinez a lesson. And the Nerazzurri boss is not ready to take a slack even if they are winning. However, the argument between the two is not going to go any further. It was in the heat of that moment. Martinez is one of Conte’s most favorite players of all time. In fact, El Toro has made significant contributions to the club. So far, he has scored 16 goals in Serie A this season. In fact, Lukaku and Lautaro have scored 36 goals amongst themselves this season.

Conte works at everything with rules. The Nerazzurri boss maintains discipline on and off the field. He plans the action on-field and keeps the players on their toes at the training. Thus, when he replaced Martinez, he didn’t let his misbehavior go in order to teach him a lesson.

Lautaro has established himself as one of the best strikers in the world. In fact, there are several clubs eyeing him at the moment. With Inter’s financial conditions, the club might have to sell to keep things going. And Real Madrid has yet again set eyes on the Argentine. They last approached him when he was a part of the Racing Club. However, the 23-year old denied the move at the time.