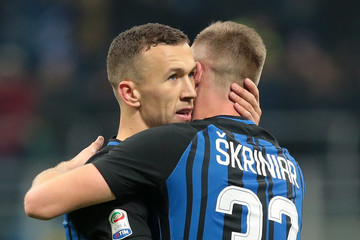 Conte wants 3 players from Inter Milan to be a part of his team at Tottenham Hotspurs. The former Nerazzurri manager has demanded to sign 5 players this summer for him to sign those sheets. Jose Mourinho will guide Roma next and Conte is set to take his place at the Spurs. Conte left Inter Milan recently, a few days after winning the Scudetto win. In his two years at the Nerazzurri, Conte made a very strong team. The 51-year old said in an interview that Inter players didn’t play to win earlier.

Conte instilled the winning spirit in the squad. And it was not just his encouraging words but also his dedication and hard work on and off the field. The former Nerazzurri boss believed in discipline and dedication and that is why players trained hard under his watch. He also brought out the defensive side of the attacking players that they thought they didn’t have. Lukaku, Barella, Martinez, and several other players have made their names in European football under Conte.

Conte wants 3 players from Inter and 2 from Chelsea

Even when Conte was at Inter, he tried to sign Giroud but the deal could not go through. However, now at the Spurs he wants to sign the trio Milan Skriniar, Christian Eriksen, and Ivan Perisic. Further, he also wants to have Olivier Giroud and Nemanja Matic from Chelsea. While Giroud will finally be a free agent. Matic still has a contract with the Blues till 2023.

On the other hand, Inter would not let go of multiple key players at once. The most Conte can get at the moment is one of the three, if at all Inter would want to sell one of the three. However, Conte’s decision to revive the squad at Spurs would be appealing to fans with new changes and new roles.