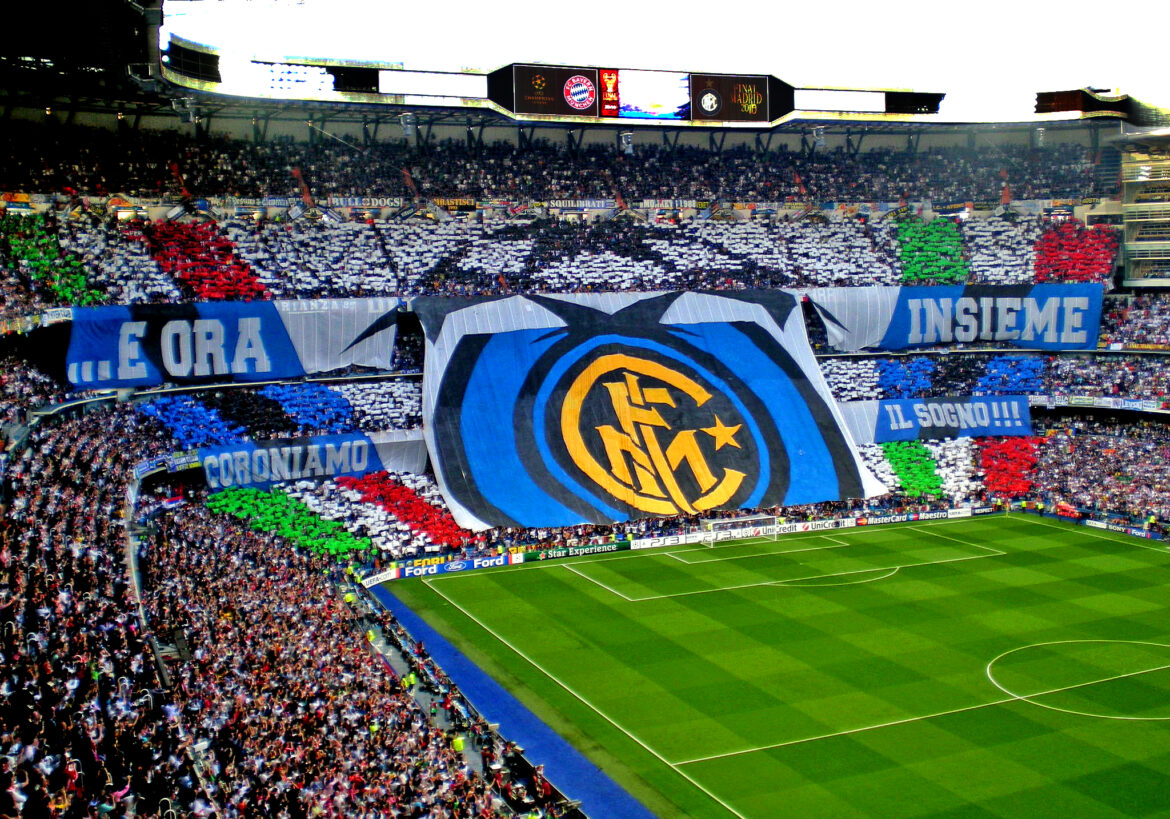 Cryptocurrency company to replace Pirelli as their new shirt sponsors. The Nerazzurri were aiming at a €30 million annual deal with the new sponsors earlier. However, they are ready to reduce the amount. Furthermore, Pirelli were Inter’s sponsors from the 1955-56 season, for 27 years. They will part ways with the club as sponsors by this summer and Inter will have to appoint new shirt sponsors. Furthermore, Nike released a new shirt that the players wore for a game with Roma in Serie A.

The jersey was had a geometrical pattern with yellow, white, blue, and black colors. It has Inter’s new logo on the left breast while Nike’s logo on the right. In fact, Pirelli also had their name running down vertically. Pirelli had a €10 million deal, plus bonuses and add-ons. The tye company brought €234 million to the club in their tenure. The Nerazzurri have been financially unstable for a while. The pandemic brought a lot of concerns for the Italian giants.

The year 2020 brought financial constraints for the Italian giants. After having invested around €100 million in sales in summer 2019, Suning struggled to even pay wages in 2020. The pandemic restricted fans at the San Siro which affected the revenue generation of the club. After multiple tactics of damage control, Suning finally took a €250 million loan from GoldSachs in March 2021. Further, in May 2021, FIGC gave a deadline to Suning to pay the salaries before month-end.

Since the Chinese government introduced new policies on money investment outside the country, Suning couldn’t put in personal investment. Thus, they secured a €275 million loan funding from Oaktree Capital for three years. They are also looking to generate €80 million from player sales this summer. However, Inzaghi might have some demands for the next season. At the moment, the question remains, will Cryptocurrency be Inter’s new shirt sponsor?