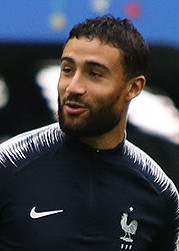 Fekir to Inter possible in a swap deal with Stefano Sensi. Like Inter, Real Betis are facing a financial crisis ever since the pandemic hit the world. Thus, they are ready to trade their valued player Nabir Fekir. He plays for Real Betis and the French National team. Fekir is a graduate of Lyon and made space for himself in the senior squad in 2013. After making multiple starts in his second season, he was titled Ligue 1 Youth player of the season.

At the age of 12, he joined the youth academy of Olympique Lyonnais. However, he was released two years later for not being strong enough. Further, he joined Vaulx-en-Velin and continued his youth career at Saint-Priest. He waited for Lyon to sign him despite other offers as he wanted to prove that they made a mistake by not keeping him. In May 2015, he was the Ligue 1 Young Player of the Year and got a place in the Team of the Year.

Fekir to Inter possible as Betis struggles with finances

By the 2017-18 season, he became an abundant forward line contributing 18 goals. In 2018, Liverpool negotiated with Lyon for a possible transfer of Fekir. They were ready to pay a maximum fee of €60 million, but the deal did not get through. Inter are not the only ones in line to get the signature of the French player, Real Madrid are also in line. However, in order to sign him, Inter would have to sell Sensi.

On the other hand, Stefano Sensi who came to Inter in 2019 hasn’t had a good start. He has been suffering from multiple injuries. Thus, Inter can look to send him to Real Betis in order to get Fekir to their squad. While Inter themselves are not in the best position financially, the owners, Suning have assured that this year, the market will be more stable. Will we see the French footballer with Inter in the Summer?