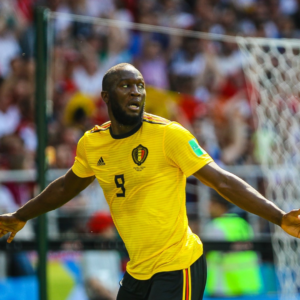 Romelu Lukaku scores his 300th goal last night against Lazio. Inter won 3-1, thanks to the Belgian’s brace and an assist. This win has helped the Nerazzurri to the top of the Serie A table. It is a big milestone to achieve for any player.

Also, Romelu Lukaku was criticized by experts as he was having a slump in form. So he replied to them in an emphatic manner as he reached this milestone. The Belgian was back to his usual and gave an impressive performance.

Lukaku scores 300th goal and helps Inter to the top

“Romelu struggled a bit lately but it’s normal to have dips in form,” Inter coach Conte said. “We need this type of Romelu, he’s back to his usual standards.” Lukaku has now scored 56 goals for Inter. Just one short of his tally for Belgium (57). Born in Antwerp, he began his professional career at Belgian Pro League club Anderlecht in 2009. He made his senior debut, at age 16. He signed for English side Chelsea in 2011, but featured sparingly and joined West Brom on loan in 2012. Then ahead of the 2013–14 season, he joined Everton on loan. He later joined the team in a permanent in 2014. The Belgian signed for Manchester United in 2017, for an initial fee of £75 million. After two seasons in Manchester, Lukaku’s relationship with the club deteriorated. The Belgian hence signed for in 2019, for a reported club-record of €80m million.

Inter now face another huge Scudetto challenging fixture when they face their city rivals AC Milan next weekend. The Milan derby of next week will be the first time the Milan clubs have met with a title on the line for nearly 10 years. Lukaku will be hoping to carry his good form into that important fixture next week and add to his goal tally.