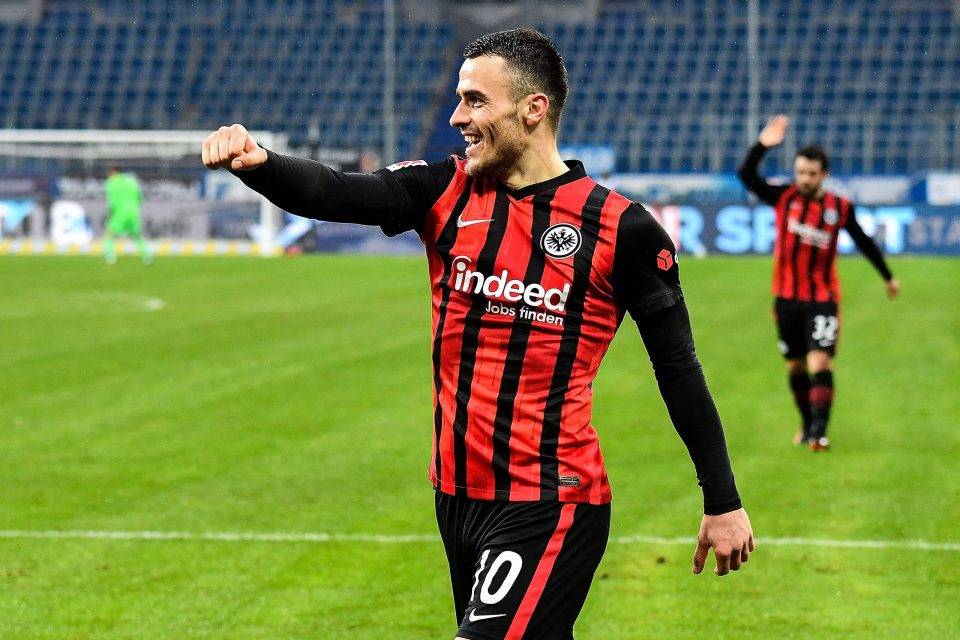 Frankfurt’s Kostic to replace Perisic in summer at Inter. The Nerazzurri have had Kostic on their radar for a long time and they could make contacts with him in the summer transfer window. Perisic could leave Inter after this season as his contract expires and he has not agreed to contract renewal. Inter will give him a new offer at the end of this season but if he does not agree to it, the Nerazzurri search for other options.

Currently, Kostic and Cambiaso are the options available for Inter. The Nerazzurri have scouted Kostic for a while and he seems like a perfect replacement for Perisic. The Frankfurt player has been exceptional this season and Inter will have to make a move quickly to get him. Kostic has performed well in Europa League and helped his side to win it as he provided the assist in the final for the equalizer.

Inter have a couple of options for the left-flank who will compete with Gosens if Perisic leaves. Cambiaso’s transfer will be easier as he can come for a lower price and is Italian. He is young and has some experience of playing in the Serie A. Also, he has the potential to become a better player in the future and can play as a backup to Gosens. While Kostic will be a regular starter and can be expensive as his transfer value has increased this season. The Serbian is quick has good physicality and is a good reader of the game.

Cambiaso will have less wages and can be a good signing for the future. Also, there is still a possibility that Inter could renew Perisic’s contact. But Inter are ready to make a move soon if the Croatian decides to leave the club.