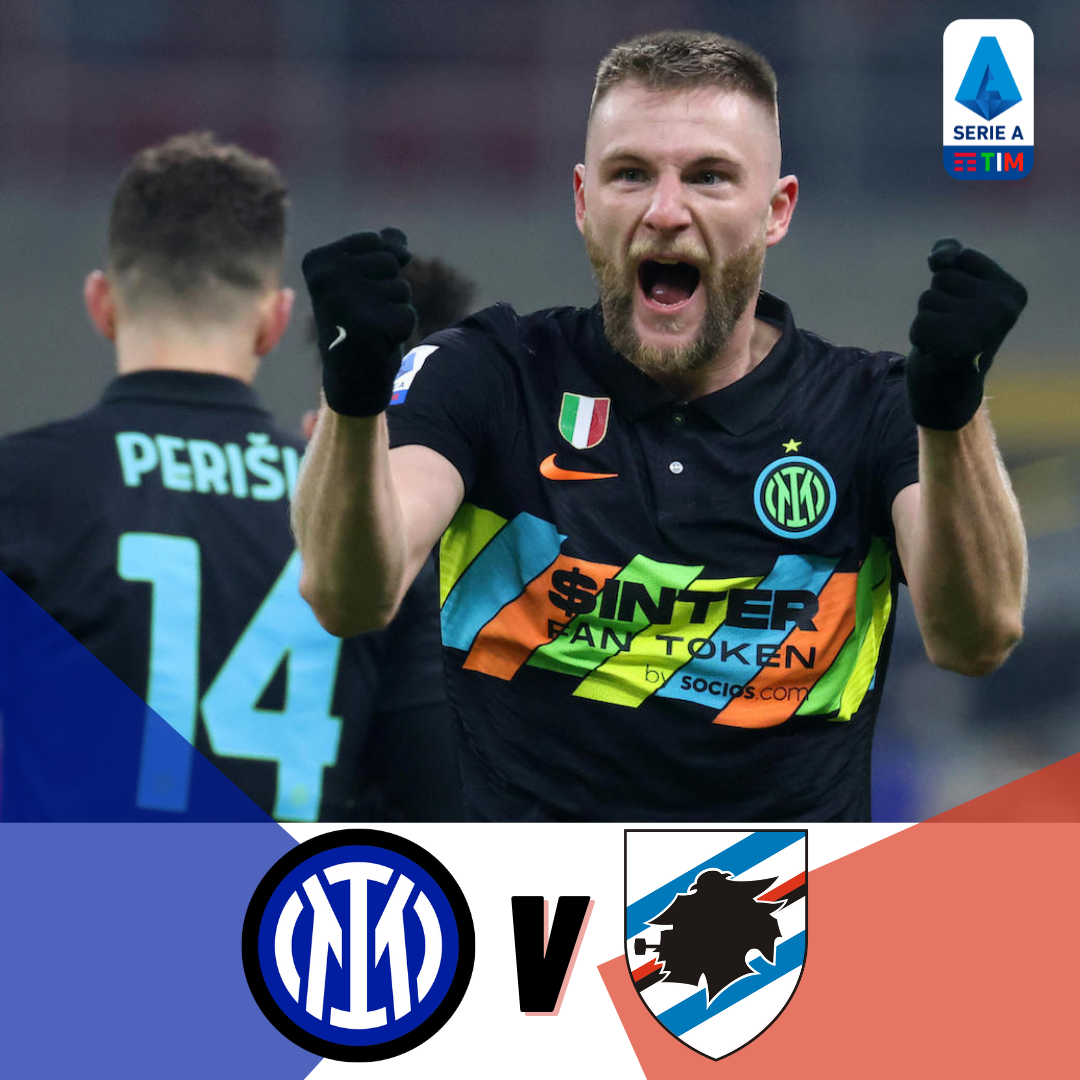 Inter vs Sampdoria will be the last match of this season for the Nerazzurri. They will be hoping for a slip-up from their city rivals AC Milan as it is their title to lose. Inter Milan have had a good season, but they had the chance to win the Serie A. However, after losing to Bologna, Inter got behind in the title race. AC Milan have been able to get results, and are the favourites to win the Scudetto.

With the Scudetto on the line, Inter can not afford to lose this game, and they have been in good form. However, a win would not mean anything if AC Milan do not lose to Sassuolo. Inter are coming into this game with a comfortable 3-1 win and had a week’s rest. While Sampdoria also managed to win with a 4-1 scoreline against Fiorentina.

Inter vs Sampdoria, will the Nerazzurri be able to defend their title?

Both Milan and Inter will play at the same time, so it will be exciting to see who gets over the line. Sassuolo can cause a major upset as they have the attack to beat any side on their day. Inzaghi will deploy his best lineup without a doubt and Inter will have to be clinical to give themselves a chance. Players like Sanchez, Vidal, and even Perisic might be playing their last game. Inzaghi would like to go with Dzeko and Lautaro at the front.

For Sampdoria, Sensi will not be able to play against his parent club as he is out because of a muscle injury. Colley will be serving his suspension, and Gabbiadini is also out due to an injury.

Inter will give their all in this match as Scudetto is on the line. It will be tough for Sampdoria to beat them at Meazza.