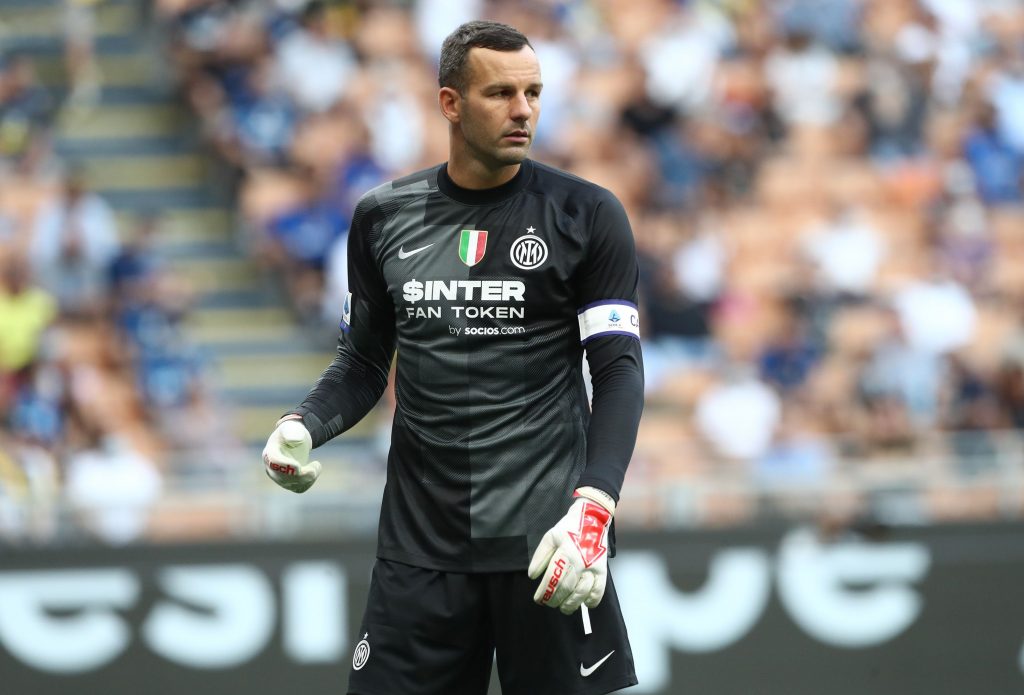 Samir Handanovic offered to Lazio as Inter are looking to sign Onana next year. So Handanovic might not be able to play every game for Inter then. Hence, his agent, Fali Ramadani, is finding a club that will take him and make him a regular starter. So, he was offered Inter’s captain to Inzaghi’s former club, Lazio. Inter and Lazio are on good terms and this deal can happen smoothly. Handanovic’s contract will expire next season and he is free to go anywhere he likes. The 37-year old still wants to play as a 1st choice keeper for any club.

Samir Handanovic has been exceptional for Inter this season as well. He has the highest save percentage in Serie A this season. Also, he has the top spot in goals prevented per xGoT which shows his contribution to Inter’s success. The Nerazzurri were struggling to keep clean sheets earlier this season but, Handanovic found his form and Inzaghi has organized his defense well in the recent games. So, Inter might be willing to offer the Slovenian a 1-year contract. In this way, he can help Onana settle in this club and play some more games for Inter.

Samir Handanovic offered to Lazio by his agent

According to the report by Calciomercato, Handanovic wants to play as a starter and he is willing to go to any club. He will prefer to stay in Serie A as he spent most of his career in Italy. The Slovenian has 182 caps for Udinese and 39 for Rimini. He also played one game with Lazio and kept a clean sheet against Parma in the last match of the 2005/06 season.

At Inter, he has played 414 games and has kept 193 clean sheets. It is the 5th highest ever and just one less than another Inter legend, Gianluca Pagliuca.