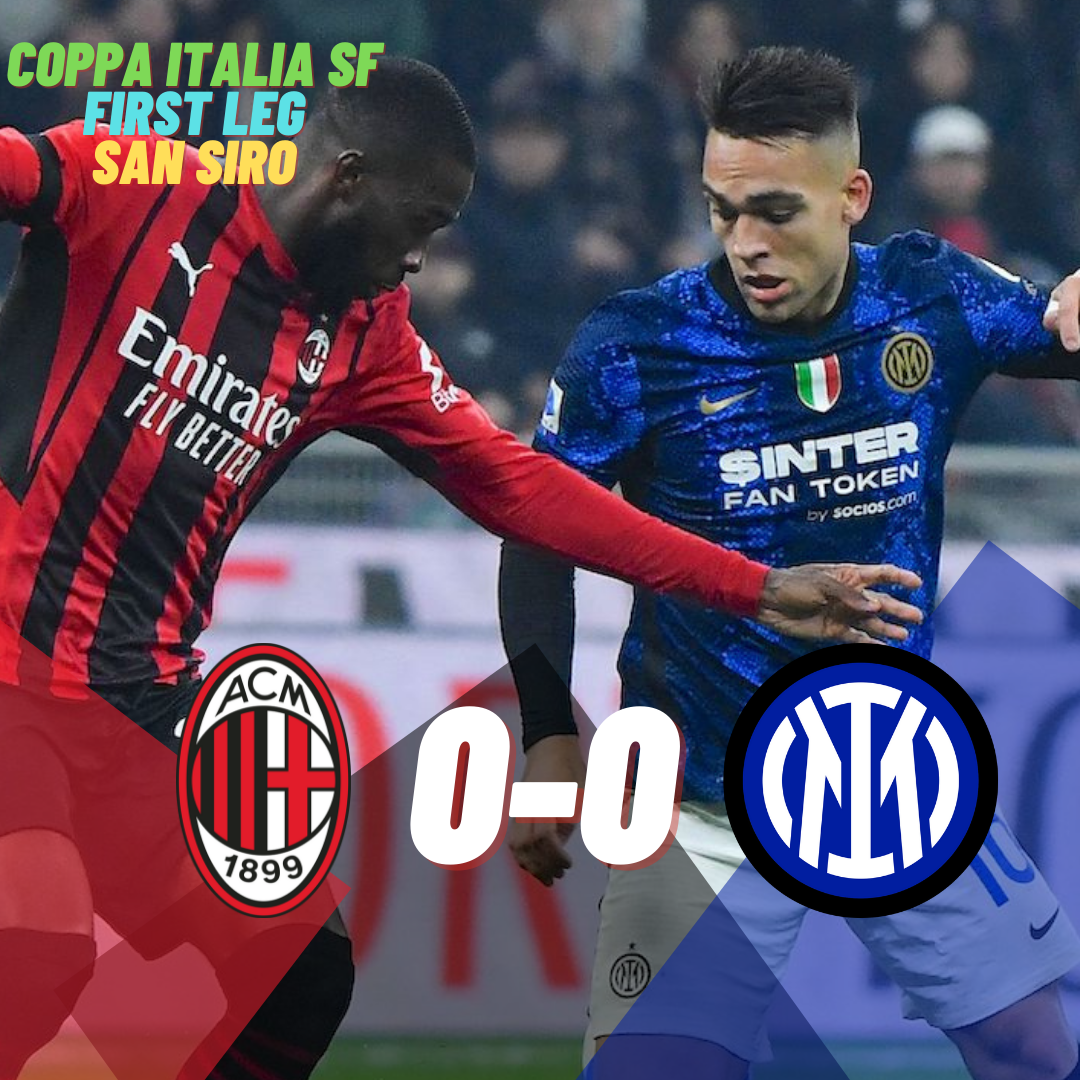 Inter Milan and AC Milan had to settle for a draw in the Derby Della Madonnina. Both the teams had some chances but no one could capitalize on that. Inzaghi started Lautaro and Skriniar for this game as they both had some rest against Genoa. AC Milan did not have Tonali for this match because of his ban and they missed him. Inter had slightly more possession of the ball while AC Milan had more shots so it turned out to be an even game.

AC Milan had a strong start to the game as they pressed Inter high up the pitch. This created a couple of chances for them in the start as Handanovic played a loose ball under pressure which gave chance to Saelemaekers. However, the Inter captain managed to parry the ball away. The Rossoneri had another chance as Theo made a surging run right through the middle but he could not keep his shot on target from the right foot.

Perisic was creating chances from the left flank but his crosses were cleared by Romagnoli. However, the Milan captain had to go after the clearance as he had a muscular injury. Leao had a brilliant game as he completed eight dribbles in the match and won 10 duels. However, in some situations, he could’ve passed to his teammates who were in better positions when he took his shots.

AC Milan had a strong start to the 2nd half too as Leao forced Handanovic to make a diving save and, Perisic then managed to clear it. Florenzi was tucking into midfield at times to give Milan numerical superiority. Hence, the Italian defender completed the most number of passes in the match. Lautaro received a yellow as he jumped onto Maignan’s hands who came out to clear the ball.

Both the teams made some changes as AC Milan brought Diaz and Rebic in. While Inter brought Vidal and Sanchez on for Barella and Lautaro. Inter looked more fresh after changes as they got a corner but Giroud managed to clear it. Gosens made his debut as he played some minutes in the end. But Inter could not change the scoreline and had to settle for a draw in the first leg.