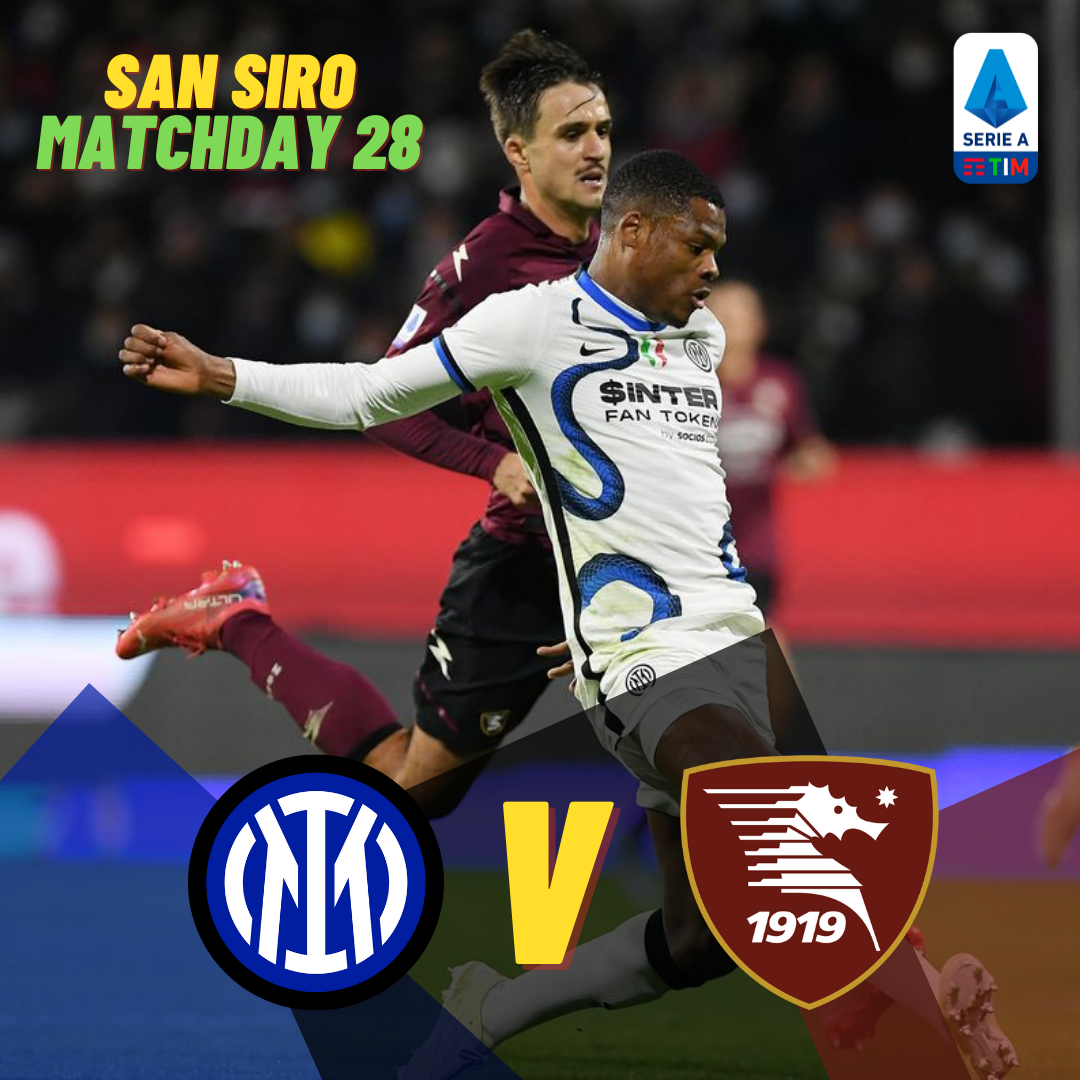 Inter will host Salernitana at the Stadio Giuseppe Meazza on Matchday 28. The Inter vs Salernitana 21/22 game comes at a crucial juncture for Inzaghi’s men. The Nerazzurri have failed to score a goal in their last four games. Subsequently, the midfield trio of Brozovic, Barella and Calhanoglu not only looks burnout but out of creativity as well. As Inter host Salernitana, Inzaghi might choose to explore the possibility of starting Correa and Gosens. Both these players have come back from a lengthy injury spell and are available for selection.

Will Inzaghi make the most of Inter vs Salernitana 21/22?

Although Inter have had a terrible February, they’ve somehow managed to have a hand over Napoli and Milan. Both these sides will battle it out on Matchday 28 in Naples on Sunday. With a game in hand and only two points behind the joint leaders, Inter have the ball in their court. A win on Friday will push Milan and Napoli to force a result against each other on Sunday.

The two catalysts of Inter’s dismal display in the last few games are a tired squad and burnout due to a lack of diversity in the system. Simone Inzaghi is a master tactician and Salernitana are the perfect opponent to go out and try something new. It should not come as a surprise if Inzaghi tries out a new pair of strikers upfront with Correa behind them. Calhanoglu and Barella need much-needed rest at this stage in the season.

Are Inter out of steam? And will that influence the starting lineup?

As good as Dzeko has been for the Nerazzurri this season, he has run out of steam. And no matter how harsh that sounds, Inter need a solid replacement to fill in for the Bosnian at this crucial time. On the other hand, Lautaro Martinez has come up with a few highlights of his old self as he battles what looks like a confidence issue.

Despite the desperation to register a win, Inter are unlikely to play their full strength squad with a mid-week trip to Anfield on the cards. Handanovic will start in goal tonight. de Vrij might get a day off with D’Ambrosio taking his place alongside Skriniar and Bastoni. Subsequently, Darmian will replace Dumfries. And Gosens might get to start ahead of Perisic. The midfield can see Vidal and Gagliardini start ahead of Barella and Calhanoglu. Brozovic will most definitely start to hold the composure of the side. Lastly, Correa can mark his first start since his return from injury. Lautaro Martinez should start and aim at regaining his form and confidence.

Will Inter go on top of the table or will their struggles continue?