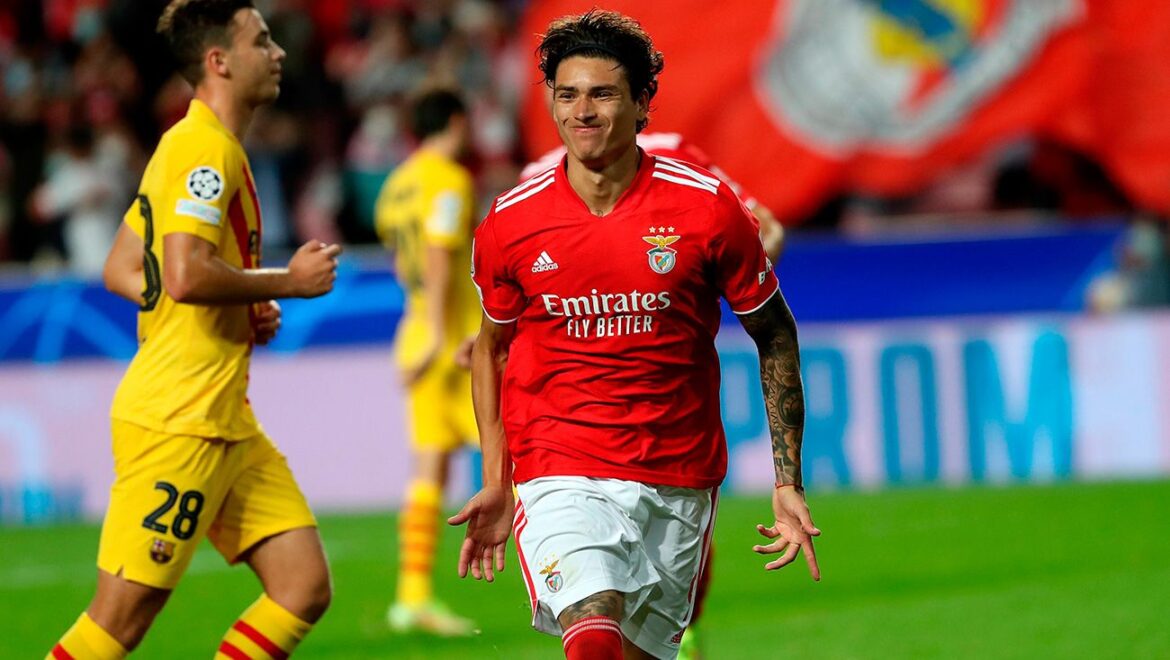 Inter are keeping tabs on Darwin Nunez from Benfica. But their city-rivals, AC Milan are also keen on him. They have been scouting Nunez for some time. One of their scouts was at Estadio da Luz in Lisbon on Wednesday evening. He saw his performance against FC Barcelona and was utterly impressed by him. The Uruguayan scored a brace against the Blaugrana and won a big match for them. So, Inter are also targeting the 22-year old and could battle with AC Milan for his signature next year.

Nunez plays like an inside forward and has a lethal right foot. His positional awareness is excellent and always makes himself available to take a pass. Inter could use him as a replacement to Alexis Sanchez who has huge wages. Also, the Chilean is very injury-prone these days. Nunez is quick with his movements and can beat his marker in a blink of an eye. He is good with his dribbling too which he displayed in his first goal against Barcelona where he got past Eric Garcia.

Above all, Nunez can play as a center forward, as a winger or as a second striker. For Benfica, he holds his position on the left-wing and creates numerous chances by getting past the right-back. Also, he has the ability to cut inside and score exquisite goals from his right foot. So, for Uruguay, he tends to play as a center forward and many compare his movements inside the box with Cavani.

Although, Nunez is not so technical, his balance on the ball and his agility makes it difficult for any defender to snatch the ball from him. He makes a lot of runs and he has the pace to get behind any defensive line. It will be interesting to see which team will be ready to splash €40 million for him.