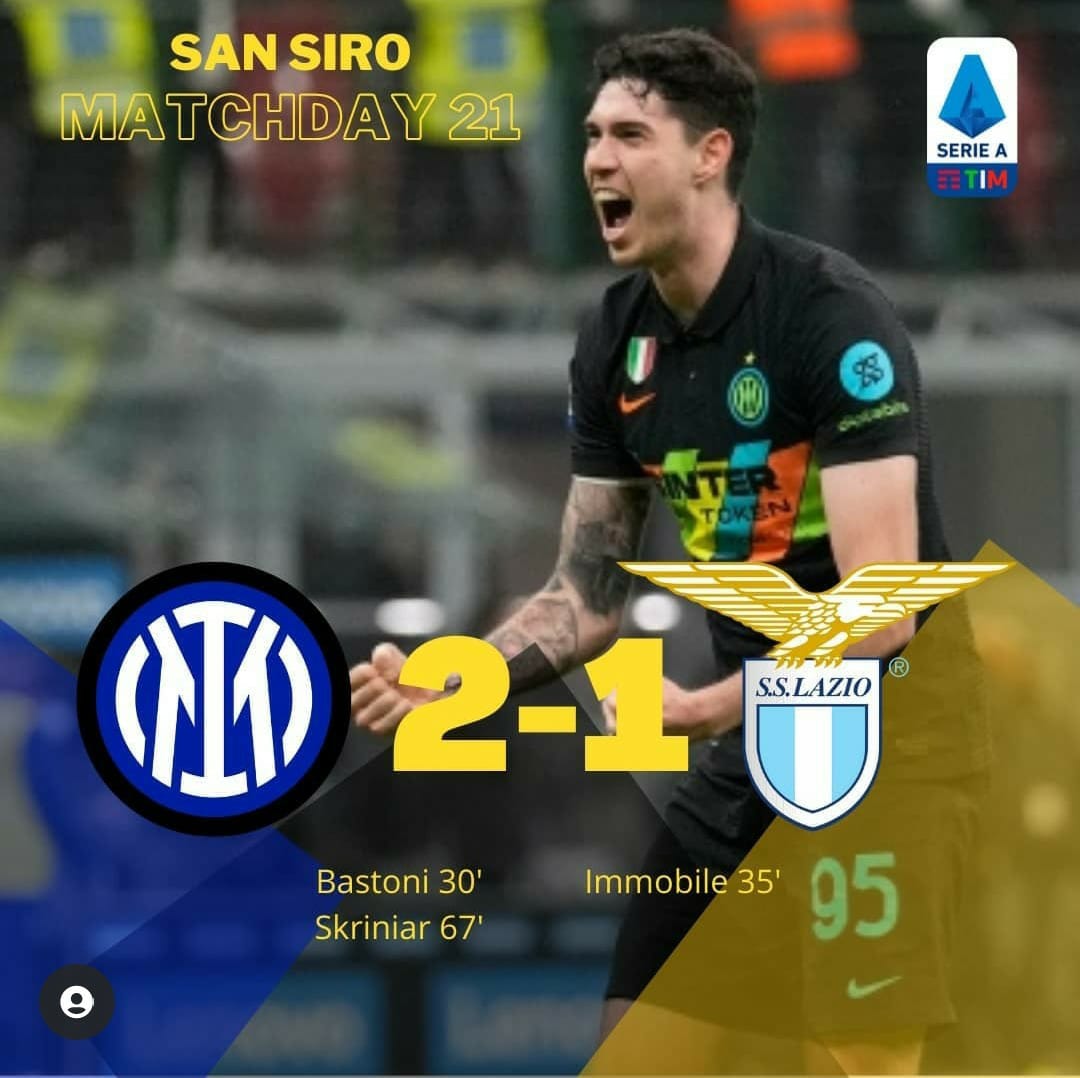 Inter beat Lazio and Inzaghi takes his revenge to get the top spot. Bastoni and Skriniar scored the goals for Inter to give them a 2-1 win. The Nerazzurri were down to 2nd position after AC Milan won their game against Venezia. But Inzaghi’s men managed to get the 3 points against Lazio, who were threatening in the final third. Since Calhanoglu was serving his suspension, Inzaghi decided to get Gagliardini in, who did a great job in marking Savic. Bastoni had a brilliant game as he scored a goal and gave an assist. He was constantly pushing forward to create an overload on the left flank.

Sarri went for Basic, and he benched Luis Alberto to get more balance in the midfield. But this move backfired as Lazio did not have much control in the midfield without Alberto. Sarri’s men were pressing well but, Inter were patient with their buildup.

Inter beat Lazio 2-1 as Inzaghi gets his revenge

Dzeko just came back in the squad after testing negative for COVID-19 so, he was on the bench. Sanchez started the game alongside Lautaro and played well. He used to drop deep to help Inter in the buildup and almost had an assist, but the goal was ruled offside. Lautaro managed to make a run behind Lazio’s defense and score calmly, but VAR ruled it out as Lautaro was marginally offside. The Argentine got another chance of scoring but, Strakosha denied him. However, Bastoni did manage to score a wonderful goal from outside the box after the corner. Lazio replied quickly as Handanovic could not deal with a long ball properly as Immobile equalized.

Inter were dominating possession again as they pressed high up the pitch. Inter had a chance in the 64th minute when Dumfries was through on goal but, Strakosha cleared it. A few minutes later, Inter got their 2nd goal from Skriniar, who produced a thumping header from Bastoni’s pinpoint cross. Inzaghi then made like-for-like substitutions as he wanted some fresh legs on the pitch. Inter managed to keep their lead intact and secured the 3 points.