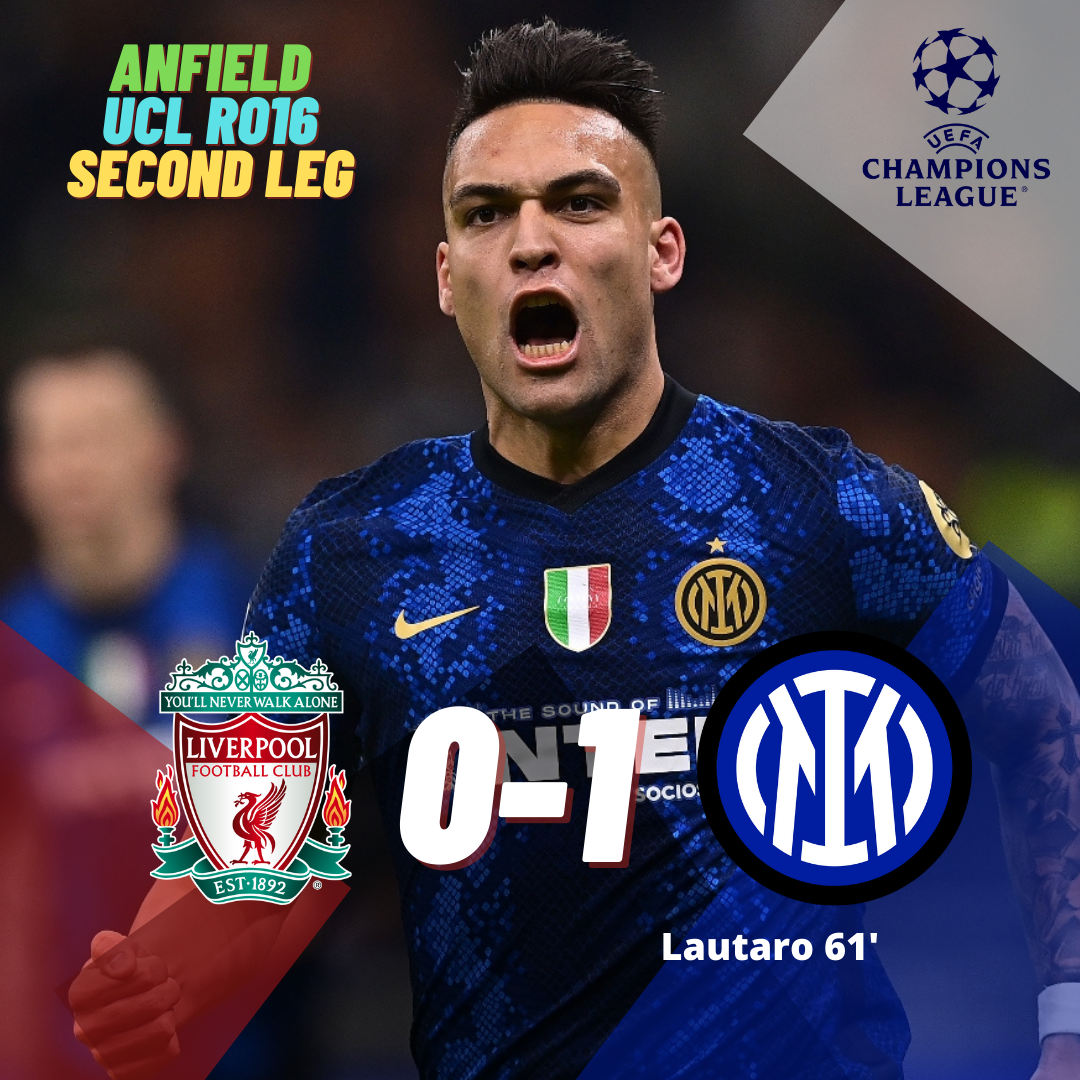 Inter beat Liverpool 1-0 at Anfield but lost 2-1 on aggregate. The Nerazzurri managed to get in the game through a Lautaro Martinez screamer in the second half. Sanchez’s red card a few minutes later changed the game as Inter had to defend for the rest of the match. Liverpool had some chances to put the game to bed but they were not clinical. However, Inter will be proud of their win at Anfield with 10-men.

Inzaghi decided to give a start to Sanchez and he did a decent job as he was dropping to create problems for Liverpool. Perisic managed to recover in time for this match and he created some chances for Inter. Liverpool deployed their best 11 on the pitch with Thiago and Matip back in the side.

Inter started the game well as they were pressing high up the pitch, giving Liverpool less time in the build-up. The Reds had to go long and Inter managed to regain possession.

Liverpool were threatening in set-pieces as Matip’s header touched the crossbar from Trent’s corner in the 30th minute. Skriniar then managed to keep Van Dijk’s header away. Calhanoglu tried to catch Allison with a low curling free-kick. But the Brazilian was able to put the ball away. Sanchez caught Thiago at the end of the half as he tackled him with his boots.

Inzaghi brought De Vrij off in the second half as he was struggling to keep up the pace with the Liverpool front line. Handanovic came out to take the ball away from Thiago’s pass and it went to Salah. He had a chance to seal the game but his shot hit the post. Inter managed to open the scoring in this tie as Sanchez found Lautaro outside the box. The Argentine produced a tremendous strike to the top corner, giving Allison no chance.

But, when Inter thought they could make come back, Sanchez got another yellow for lunging into Thiago. Liverpool then made some changes to their midfield to take advantage. Inter had to make like-for-like changes to have fresh legs in the middle. Around the 77th minute, Salah missed the target and hit the post again. Mane provided a perfect cross but the Egyptian could not keep his shot on target. In the end, Vidal blocked Diaz’s effort but it went in vain as the Nerazzurri could not score another goal.