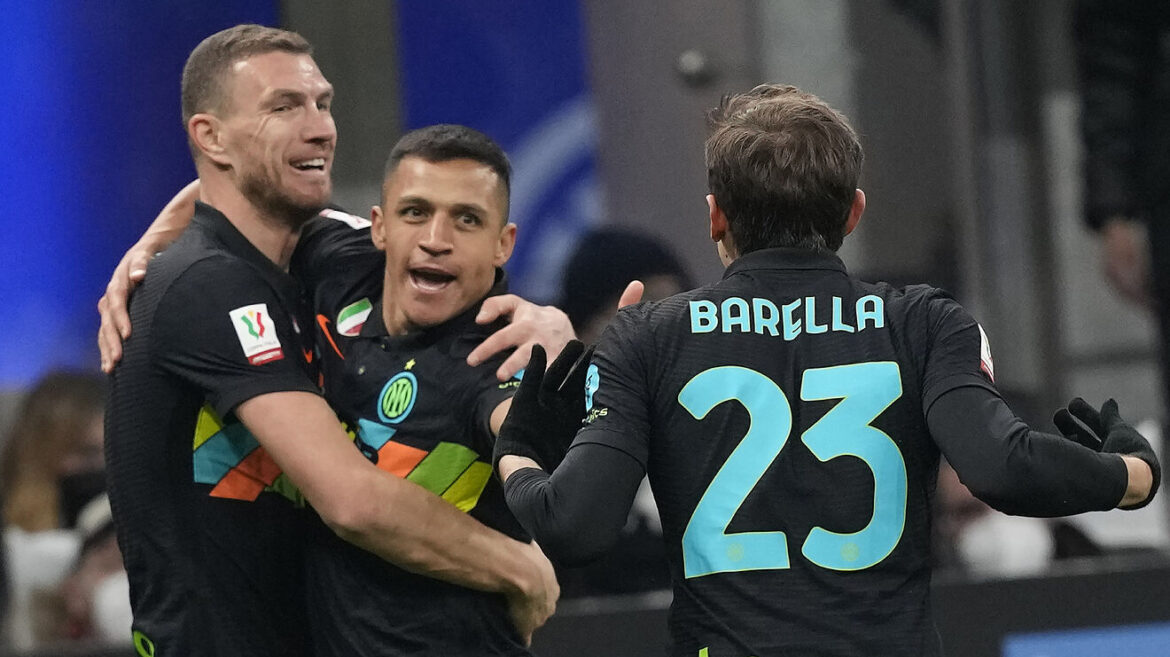 Inter beat Roma in the Coppa Italia to reach the semi-finals of the competition. Jose Mourinho’s return to San Siro ended in disappointment as his side lost 2-0. He received a warm welcome at the San Siro with fans holding the banner ‘welcome home, Jose’. However, his side had a terrible start to the match as they conceded in the 2nd minute. Inzaghi decided to start Perisic as it was a big game and he gave rest to De Vrij, Dumfries, Lautaro and Calhanoglu by bringing D’Ambrosio, Darmian, Sanchez and Vidal.

Perisic raced forward with the ball, getting away from Karsdorp, and provided a pinpoint cross to Dzeko. The Bosnian striker finished the first time against his former team with a volley while running to give Inter an early lead. The Nerazzurri got another chance through Barella after a few minutes, but the Italian midfielder’s effort hit the crossbar. After that, Inter looked comfortable in possession as Roma were not eager to press. They had a brilliant chance in the 17th minute when Abraham played the ball to Zaniolo but, then his shot was saved by Handanovic. Bastoni was taken off at the end of the first half after a clash with Zaniolo.

Handanovic had to make a crucial save in the 60th minute when Abraham’s shot went back to Oliveira. The Portuguese midfielder fired a long-range effort but, Inter’s captain managed to keep it away. Barella got a chance a few minutes later as he managed to keep his half volley effort on target. But Rui Patricio kept the ball away with his palms. Skriniar made a goal-line clearance when Samir was out however, the goal would not have counted as the flag was up afterwards.

In the 68th minute, Darmian came inside and gave the ball to Sanchez. The Chilean produced a wonderful long-range strike into the top corner which gave Patricio no chance. Jose made subs instantly however, it was too late. Perisic had the chance to get a goal but, his header went wide and, Inter ended the match with a 2-0 scoreline.