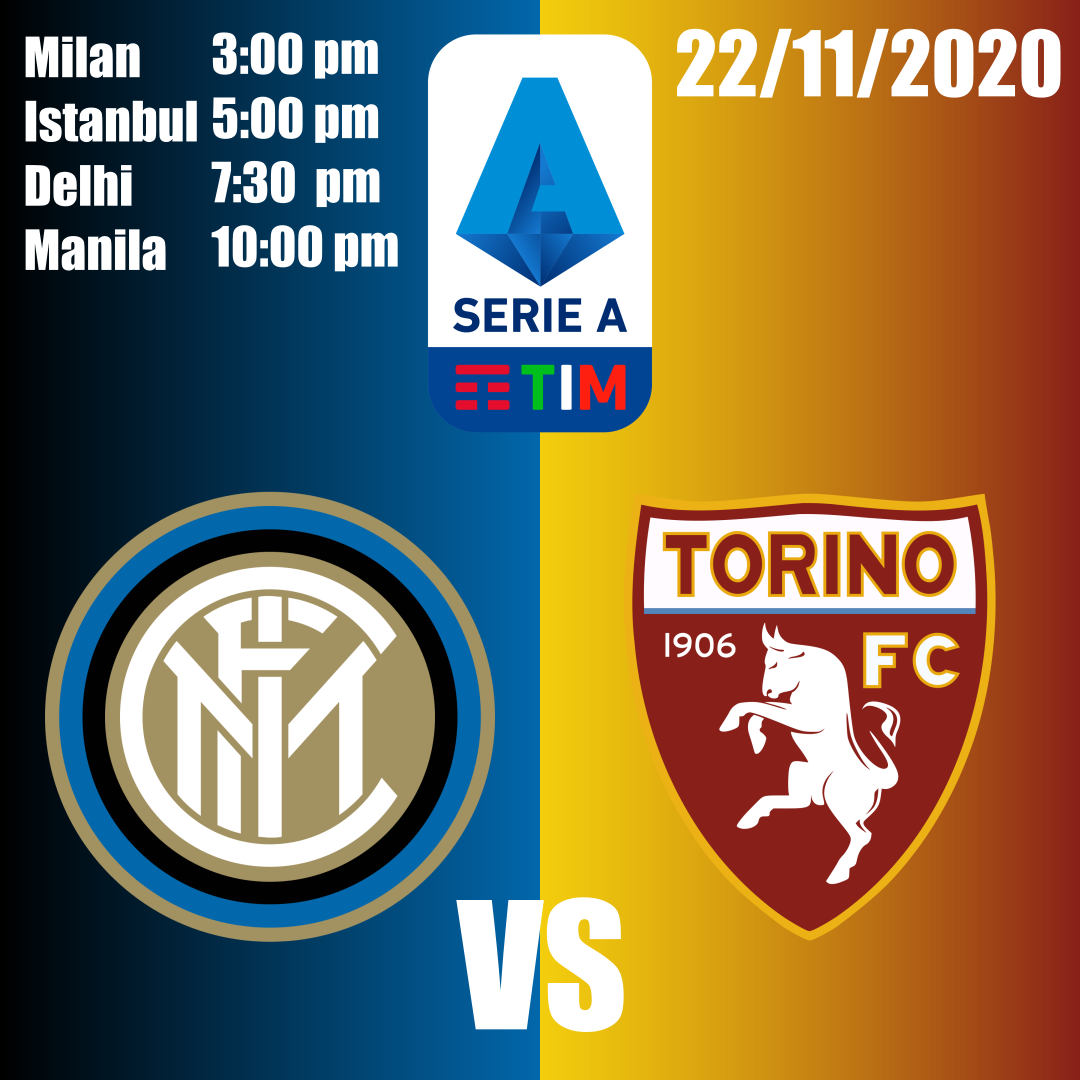 The Inter vs Torino 20/21 Serie A clash will possibly be the biggest test for Antonio Conte in the season so far. With his team languishing in the seventh place, five points off league leaders and city rival Milan and almost out of contention in the Champions League, Conte is under pressure. Torino on the other hand are in the middle of an abysmal start to the season. The Turin club are just one place off the relegation zone.

Despite their bad record on the points table, Torino are a threat. They score early goals which can hurt a shaky Inter defence. Furthermore, it’s pretty evident that Conte is not sure about his best defensive lineup. With a game against Real Madrid on Wednesday, Conte will be thinking about resting his preferred defensive options. Also, the likes of Lukaku, Martinez, Vidal and a chunk of others are just back from International duty. While they’re all in considerable form, they also must be tired.

Inter will look to dominate an out of form Torino in the San Siro. The Nerazzurri need to pull up their socks and gather three points wherever possible. Milan’s five-point lead is not the end of the game in a campaign which Inter started as favourites.

Inter vs Torino 20/21 is just another league game for some. But for Antonio Conte, this can be the beginning of the end. Conte deserves the much adieu credit for the Nerazzurri coming so close last season. But, his team’s performance this season suggests that this will be his last season if he fails to win the Scudetto. Thankfully for him, Juventus have been as bad as Inter if not worst. And Milan are a slip-up waiting to happen. The only thing that remains to be seen is if Conte can make Inter step up to the occasion and win the Scudetto.