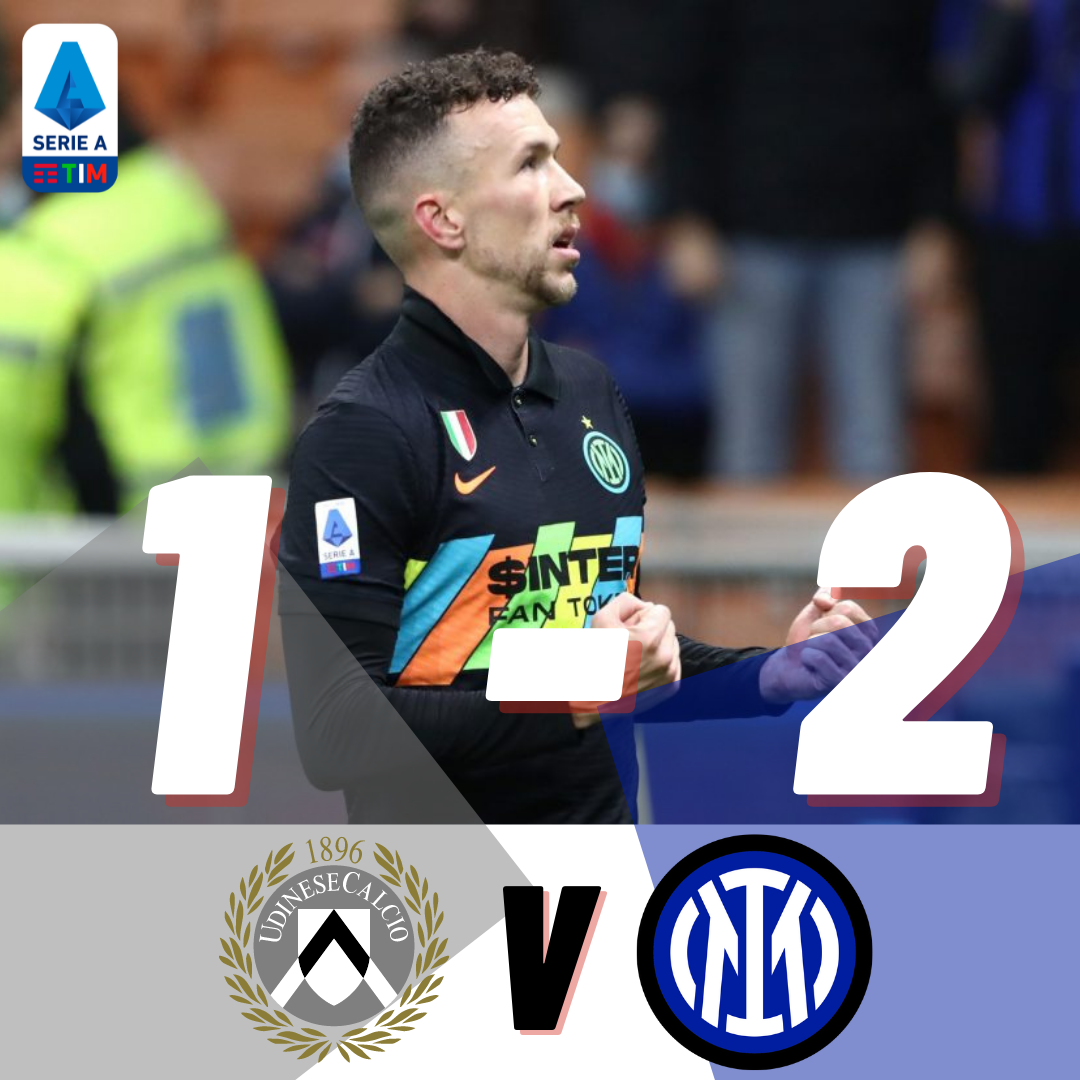 Inter beat Udinese 2-1 and keep the pressure on their city rivals AC Milan. Perisic was again on the score sheet with an early goal. The Nerazzurri are still two points behind Milan because of their loss to Bologna. The Rossoneri managed to get a late winner against Fiorentina so they retain their top spot.

Inzaghi decided to start Darmian for this game and he brought Dzeko back for Correa. While the Inter captain had to start this game after Radu’s error in the last game. Inzaghi had to give a start to Gagliardini as Calhanoglu was serving his suspension. Inter had a decent start to the game but were struggling to keep the ball more as Udinese had a packed midfield. The Nerazzurri got an early lead with Dimarco’s corner. The Italian defender found Perisic with accurate delivery. The Croatian finished it precisely as he scored on the near post.

Inter were now trying to pass the ball around and keep Udinese in their half. But Udinese were strong on the counter and were attacking the wide areas. Martinez had a great chance in the 35th minute, he tried to chip the ball over Silvestri but he managed to keep it out. Dzeko then had a chance to score but he was brought down by Mari. Inter got a penalty after the VAR check. Lautaro’s penalty hit the post but he managed to score on the rebound to give Inter a two-goal cushion.

Inter beat Udinese 2-1 to stay in the title race

Inter were looking to keep their shape in this half and hit Udinese on the counter. Hence, the hosts were lurking around the box but were struggling to break the defence. Inter were trying to break on the counter quickly with the pace of Lautaro and Perisic but could not get another goal.

Udinese got back in the game with a free-kick as Skriniar made a foul near the box. Deulofeu took a brilliant free-kick and Inter captain had to make a diving save. The rebound went to Udogie who played it to Pussetto for an easy finish.

Inzaghi then brought some fresh legs to the middle of the park. Inter looked better after the substitutions as Vidal scored but he was offside. Inter managed to hold their lead and get their three points at Dacia Arena.