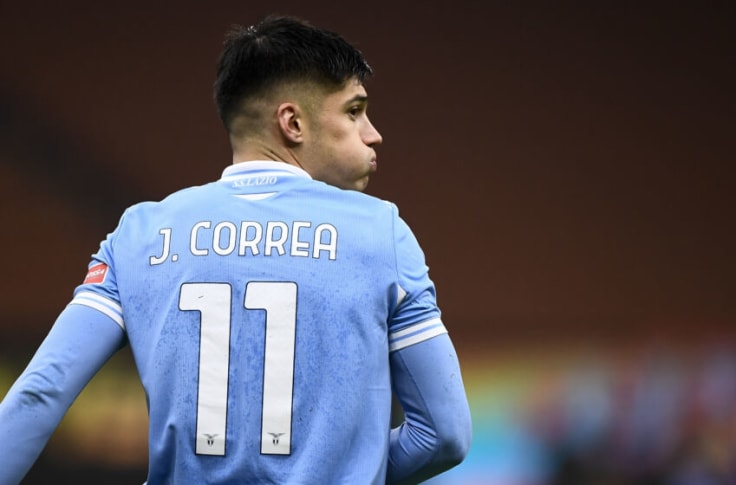 Inter are closing in on Correa to improve their attack. The Nerazzurri are close to secure a deal with Lazio as reported by Fabrizio Romano. They were first looking to sign Marcus Thuram but the French forward got an injury in the weekend and will be out for a considerable period of time. So Inter have turned their focus to Correa as Inzaghi wants to sign him. The Argentine likes to play under the Italian tactician as well. Correa has developed a lot under Inzaghi, he has transformed himself into a quality player after playing under Inzaghi for almost 3 years. He is well aware of Inzaghi’s tactics and can fit into his system easily. Inzaghi also wants to bring in a player who he knows and can trust. Correa is more of a second striker and can form a good partnership with Martinez as they both play for Argentina.

Inter will hope that Martinez will have a great season ahead and Inter’s quality midfield will give him continuous supply. Correa playing as a second striker will support him as well. With Correa and Edin Dzeko, Inter will hope that Lukaku’s void will be filled. Inter are ready to offer a loan plus an obligation to buy for €30 million. Lazio have finally agreed to Inter’s demand and are ready to sell the Argentine. Lazio are ready to sign Correa’s replacement, Filip Kostic from Frankfurt. Inter will look to complete the deal quickly so that Correa gets more time to settle in their squad.

After assessing some options Inter are convinced that Correa is the ideal player who can improve their attack. Andrea Belotti, Luka Jovic, Weghorst and Thuram were other options for Inter.

The deal is in the final stages now and Inter will look to give a long contract to Correa.