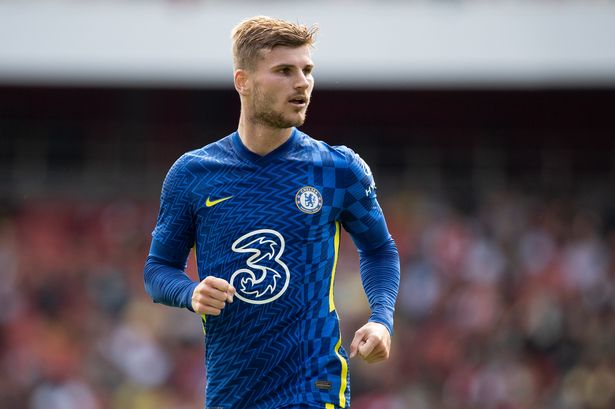 Timo Werner rejected Inter Milan move. When Inter agreed to Romelu Lukaku’s deal with Chelsea, they were looking to sign Timo Werner in return. But, the German striker decided to reject Inter’s offer as he wishes to continue at Chelsea. So, Inter are now close to sign Joaquin Correa who will improve their attack along with Edin Dzeko. The Bosnian striker will try to fill the shoes of Lukaku and has had a great start with the Nerazzurri as he scored a goal and provided an assist in his debut match.

Chelsea signed Timo Werner last year in a big transfer window. The German striker has not lived up to the expectations and has struggled in the West London. The 25-year old lacks confidence in front of goal and is struggling to get back in form. Hence, Chelsea decided to sign Romelu Lukaku for a huge transfer fee as they want a proven finisher in their team. The Belgian had a great debut for the Blues as well as he scored a goal against Arsenal. Timo Werner might get fewer chances with Lukaku in the team but he is looking to continue and get back in form. Chelsea can replicate Inter’s tactics as well and play two strikers at the front as Werner can play the role of Lautaro Martinez while Lukaku holds the ball and buys time.

Werner rejected Inter move as he wants to stay in Chelsea

Werner wants to prove his worth with Chelsea after a disappointing first season. The fans want Chelsea to sell the German striker as they shouted his name when he was training.

But Chelsea’s boss Thomas Tuchel backs Werner and knows that he is capable of much more. Inter were interested in Werner but are now happy with Edin Dzeko and Joaquin Correa who will join soon.